The evolution of America’s China Strategy 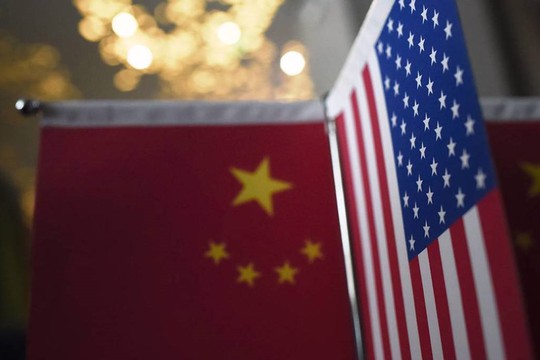 In its new National Security Strategy, US President Joe Biden’s administration recognizes that Russia and China each present a different kind of challenge. Whereas Russia “poses an immediate threat to the free and open international system… [with] its brutal war of aggression,” China is the only competitor to the US “with both the intent to reshape the international order and, increasingly, the economic, diplomatic, military, and technological power to advance that objective.” The Pentagon thus refers to China as its “pacing challenge,” analyzes “Project Syndicate”.

Now that Chinese President Xi Jinping has used the 20th Congress of the Communist Party of China (CPC) to consolidate his power and to promote his ideological and nationalist objectives, it is worth reviewing the evolution of America’s China strategy.

After the Cold War, the US, Japan, and China were the three major powers in East Asia, and elementary realism suggested that the US ought to revive its alliance with Japan, rather than discounting it as an outdated relic of the post-World War II era.

US Presidents Clinton and Bush realized that Cold War-style containment of China would be impossible, because other countries, attracted to the huge Chinese market, would not have gone along with it. So, the US instead sought to create an environment in which China’s rising power would also reshape its behavior.

Continuing Clinton’s policy, the Bush administration tried to coax China to contribute to global public goods and institutions by acting as what then-Deputy Secretary of State Robert B. Zoellick called “a responsible stakeholder.” The policy was to “engage, but hedge.” While augmenting a policy of balancing power with engagement obviously did not guarantee Chinese friendship, it did keep alive possible scenarios other than full hostility.

In any case, the Xi era has dashed the earlier expectations that rapid economic growth would produce greater liberalization, if not democratization. For a while, China allowed greater freedom of travel, more foreign contacts, a wider range of opinions in publications, and the development of NGOs, including some devoted to human rights. But all that has now been curtailed.

Were the basic assumptions of engagement wrong?

Before taking office, two of the leading officials responsible for the Biden administration’s new strategy wrote that “the basic mistake of engagement was to assume that it could bring about fundamental changes to China’s political system, economy, and foreign policy.” A more realistic goal, they concluded, is to seek “a steady state of clear-eyed coexistence on terms favorable to US interests and values.”

On balance, the Biden team is correct about being unable to force fundamental changes in China.

“The question for the years ahead is whether he can implement his policies in ways that do not foreclose the possibility of more benign future scenarios, even while recognizing that they are distant?” asks “Project Syndicate”.