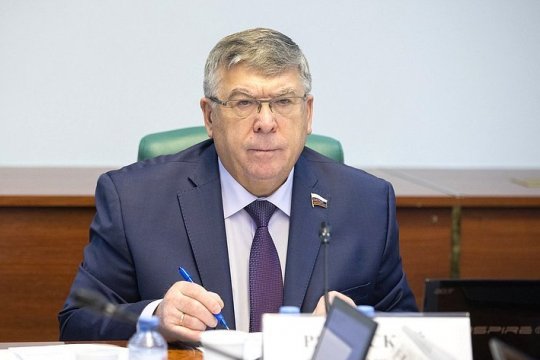 The senator commented on the exchange of a page from the Miroslav Gospel for paintings by Nicholas Roerich.

Valery Ryazansky, First Deputy Chairman of the Committee on Social Policy, of the Federation Council (the upper house of the Russian parliament) and the head of the Group for Cooperation between the Federation Council and the People's Assembly of the Republic of Serbia, commented on the exchange of cultural treasures between Russia and Serbia.

According to the senator, the  exchange of renowned artist Nicholas Roerich’s paintings currently stored in Serbia for the missing 166th page of the Miroslav Gospel, Serbia’s national treasure, has symbolic meaning testifying to the deep understanding and trust between the Russian and Serbian peoples.

"The return of page 166 of the Miroslav Gospel to Serbia finally restores the integrity of the Miroslav Gospel, and the fact that Serbia returns to Russia the paintings of the great artist Nicholas Roerich, confirms once again the deep feeling of understanding and respect between Serbs and Russians," Valery Ryazansky said.

The Russian lawmaker described the handwritten Miroslav Gospel as the most significant book in the history of this Balkan country, a Cyrillic monument in the Old Slavonic Serbian language, written for Prince Miroslav, brother of the founder of medieval Serbia, Stefan Nemanja.

"The fate of the book is closely intertwined with the fate of the Serbian people, since its paths have always been associated with the routes of national migration, suffering and national revival," Valery Ryazansky added.

Serbian Minister of Innovation and Technological Development Nenad Popovic emphasized that the exchange of cultural treasures between the two countries also outlines the prospects for further cooperation. He noted that agreement on the exchange of cultural treasures between Belgrade and Moscow was reached during President Vladimir Putin’s visit to Serbia in January 2019.