The exhibition “Krylov.Fable” popularizes the Russian language and national culture 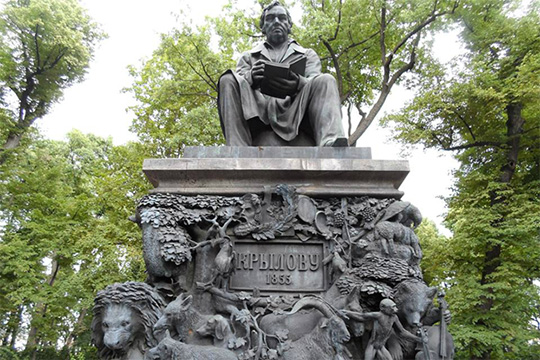 The exhibition called Krylov.Fable opened in Brussels. It is dedicated to the 250th anniversary of the famous fabulist Ivan Krylov, which took place last year, and it is included in the program of the Russian Seasons project, Russkiy Mir Foundation reports citing the Rossiyskaya Gazeta newspaper.

The exhibition includes the biography of Krylov in detail, the contribution of the writer to the development of the Russian language. Among the exhibits are illustrations for his fables, created by famous artists such as A.P. Sapozhnikov, G. I.Narbut, A.K.Zhaba, E.M. Rachev A.M. Laptev, G.E. Nikolsky and others, as well as images of the works of M. Miturich, made in the technique of "spatial graphics". As Russkiy Mir notes, everyone will be able to check how well they know Krylov's tales by answering the quiz questions.

According to Russkiy Mir, the exhibition has already been shown to residents of Austria, the Czech Republic, France and Germany. From Brussels, it will move to Luxembourg and then to France.

As the organizers note, the project aims to popularize the Russian language and national culture. Thus, the exhibition will be interesting not only to Russian compatriots living abroad, but also to foreigners who are interested in the history and culture of Russia.