The fall of American democracy 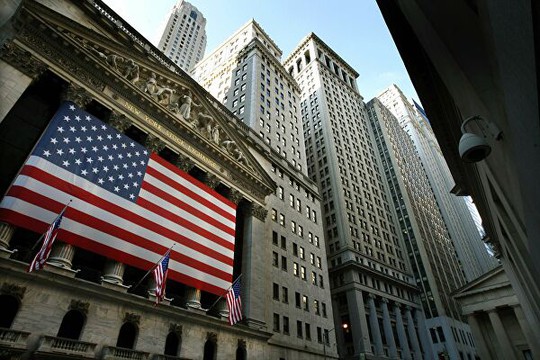 A documentary film, just aired on regional TV channels in France, lays bare the US leadership’s role in unleashing wars that lead to numerous civilian casualties around the globe. By 2016, the United States, acting as part of NATO, had been enmeshed in wars in eight countries (Afghanistan, Pakistan, Somalia, Yemen, Iraq, Syria, Cameroon and Uganda). The scope of the US-led NATO bombings of the former Yugoslavia was even bigger, with the civilian death toll exceeding 10,000.

NATO’s enlargement leads to the militarization of European countries, and is a means of political control on the part of the United States with the European states unable to exert any notable influence on the US-led Western military alliance.

Military force is not the only form of US pressure on Europe, however. Fully aware of their impunity and strong support from Washington, swarms of business people of every hue, many of them with close links to the US political elites, are heading to the Old World, especially to the Eastern European countries, still going through difficult times after the collapse of the Warsaw Pact and the Soviet breakup. Backed by corrupt local elites, members of foreign boards of directors, both private and public, are able to generate huge incomes. At the same time, the general level of poverty in those countries keeps going up, and here the case of President Biden’s son, Hunter, is particularly revealing. As a member of the board of directors of the Burisma group of companies in Ukraine, Hunter Biden earned $850,000 in 2014 alone with the help of corruption schemes and pressure from the United States. Joe Biden and his son used Ukraine exclusively for the purpose of their personal financial enrichment.

Meanwhile, the Biden administration publicly declares its support for Ukraine in a clear show of double standards. In reality, however, this "support" is limited only to military supplies, thus fueling tensions in that country’s long-troubled southeast.  As for the promised financial assistance for the implementation of planned social and political reforms in Ukraine, it is still in the pipeline, which, as we know from history, does not mean that the promised funds will ever reach the final recipients - the people of Ukraine.

Meanwhile, a widespread smokescreen campaign was launched portraying Russia as the main culprit of what was going on in Ukraine, as the main enemy of reforms and the aggressor country, all of which, according to the Americans, should justify the current militarization of Washington’s assistance to Kiev.

As a result, Ukraine, just like the rest of Eastern Europe, is being used by the Americans as a platform for the realization of their political and economic interests by exacerbating internal contradictions and subsequently using them through corrupt and illegal methods to undermine the people’s living standards, infringe on their rights and often lead to numerous deaths as a result of many conflicts that have erupted across Europe and the rest of the world during the past 30 years.