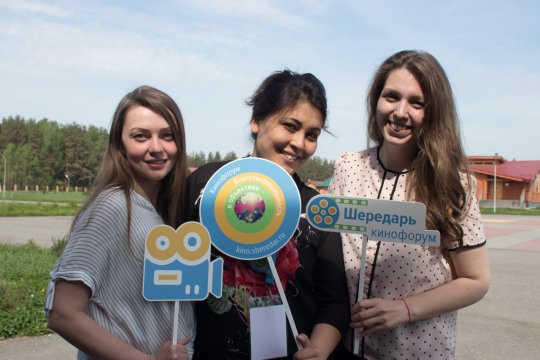 Charity Fund for the rehabilitation of children with serious diseases "Sheredar" in April for the fourth time will hold a festival of film, video and television works on socially important topics. The peculiarity of the film forum "Sheredar" is that it can be attended by both professionals and amateurs not only from Russia. In different years, it was attended by young directors from Kazakhstan, Belarus, Ukraine. And in 2017, one of the winners of the film festival was the film "Akuaka" by Andrey Kaspersky and Nella Wasilewska from Belarus.

The film forum "Sheredar" is not just a festival site, says the Chairman of the jury documentary filmmaker, head of the Studio of direction VGIK Vitaly Kalinin. "Our goal is not only to fix the development of Russian social cinema. For four years we have been creating a full-fledged educational platform that will allow us to grow film professionals with a clear citizenship and a keen sense of social responsibility and justice," said Kalinin.

Now the film forum is collecting bids. Experts will select the best works, and their authors will be invited to the opening of the film forum in the documentary film Center and to the educational program in the children's rehabilitation center "Sheredar" in Vladimir region. Here, within five days, professionals of cinematography and television business (Directors, cameramen, screenwriters and producers) will help participants to develop their skills, reveal the secrets of skill, conduct analysis of competitive works. And at the end of the film forum in Moscow will be a solemn ceremony of awarding the winners who will receive prizes from the jury and partners of the festival.

For several years the film forum "Sheredar" has become a sustainable cultural service, says the winner of the film forum, Director from Karelia Vladimir Rudak. "This is a real laboratory of social cinema! There are screenings and discussions of the participants ' works. Thanks to the rich educational program there is an opportunity to increase the level of their professionalism. Plus, interesting people are united by the desire to create high-quality social content," says Rudak.

The festival also became a platform for creative associations of young directors and non-profit organizations. The film forum is attended not only by representatives of the film and television industry.  The founder of the charitable Foundation Sheredar Mikhail Bondarev notices that nonprofit organizations are showing great interest as well. "The festival introduces young directors to people who want to do good. The first has requests, ideas which they want to inform society. And the second — the tools and knowledge of how to do it so as to touch the heart. And this is the most important mission of the film forum," says Bondarev.

The film forum will be held from 16 to 20 April 2019. To participate in it, it is necessary to submit your work to the contest in one of the following areas: "the Story of a charity project" (promo, advertising, social video), "Overcoming" (a story about people in a difficult life situation), "Those who are close" (about people helping others overcome difficulties), "For the promotion of the idea of charity" (TV stories), "Up to 16 and younger" (for young directors).