The founding objectives of USA: First – “Russia out”; the second – “German down”; the third – “Europe in” 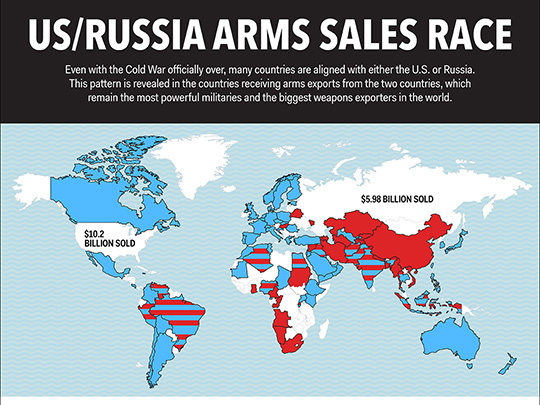 Very unusual comments on current events in the world gives Hugo Dionísio, lawyer, policy adviser, analyst and researcher at the Portuguese workers trade union confederation (CGTP-IN). He reveals the logic of US policy towards Europe and China. And it is very interesting.

If the conflict in the East will continue to shape much of the year to come, insofar as it was designed for this very purpose, it is important to remember two pieces of data that help to understand the ultimate reasons behind the aggression, violence and destruction that we are witnessing.

On the World Bank’s website the data on “arms exports” show that since 2001 Russian exports in this field have not only approached those of the United States, but in some years (2002, 2013) have even exceeded the value exported by the United States.

It is not curious that the last year in which there was real value competition between the two countries was 2013. Between November 2013 and February 2014 Euromaidan took place, and in that very year a huge package of sanctions against the Russian federation (which had been in place at least since 2008) was passed, focusing especially on technologies imported by Russia for its largely public military industrial complex. As early as 2014, data from the World Bank show the sharp decline in Russian arms exports, which now account for a little more than 1/3 of  US sales.

This data is not only relevant for us to understand the reason for Euromaidan, the imposition of a Russophobic regime and an entire escalation of weaponry that is well evidenced in the preparation that, for 8 years, was initiated by the neo-Nazi regime, building a totally disproportionate army and a network of fortifications in the Donbass.

The U.S. could not allow an enormous number of world countries (from Algeria, to Saudi Arabia, to Turkey, India, Indonesia, Egypt, Venezuela, Argentina, Brazil, or even NATO countries such as Greece…) to start buying technologies superior to theirs (such as the case of the S-400 bought by Turkey, which he says is superior to any American air defense system).

But which, even when they are not superior, are incompatible with the NATO standard, which in itself raises two problems:

To see how important this is, look at the reluctance on the part of the US to supply large quantities of HIMARS or PATRIOTs, and even then, to supply only the most limited capabilities. As for drones, the same is true.

Their massive use, namely the most advanced capabilities, will allow the enemy army to test, experiment and fine-tune their systems in relation to them. That’s why they don’t want to supply them.

There is still the problem of the enemy capturing one of these systems (it seems that they already got the unexploded HIMAR missile warhead).

The data on the European Union trade with the Russian federation, confirm in which plan(s) the action is played. According to Eurostat, with the exception of the small Baltics, Sweden, Ireland, Denmark and Finland, ALL the others imported more than they did in 2021. And this is all despite the 10th package of sanctions that is already on the way.

This is where we can confirm the real goals of the war that started in 2014.

Aligned with the founding objectives of NATO:

- the first “Russia out” is already achieved;

- the second “German down” has already been achieved with the election of Sholz and his bunch of very “well” Ivy League-trained woke boys, girls and half boys and half girls;

- the third “Europe in” is achieved with the sanctions, which force the EU to give up one of its main economic partners, the main one in cheap raw materials and energy, and, in time, also having to give up its main trading partner, China – under the guise of “the fight against dictatorship” and “the violation of human rights”.

Consequently, as early as 2023, we may well have to brace ourselves for empty shelves. There we will have to pay dearly for what we previously thought was cheap!

The intended closing of the European borders with China that US will try to impose, would not fail to have this effect. The increased federal budget under the guise of “Strengthening US Leadership in International Institutions,” has already delivered its first fruit with news such as “WHO doubts the data provided by Beijing.” Of course it doubts!

Whether it is because we pay the highest prices for energy and raw materials, or because the attack on our main trading partner is going to accelerate and reach top speed…