The Global South’s assertion in Geopolitics 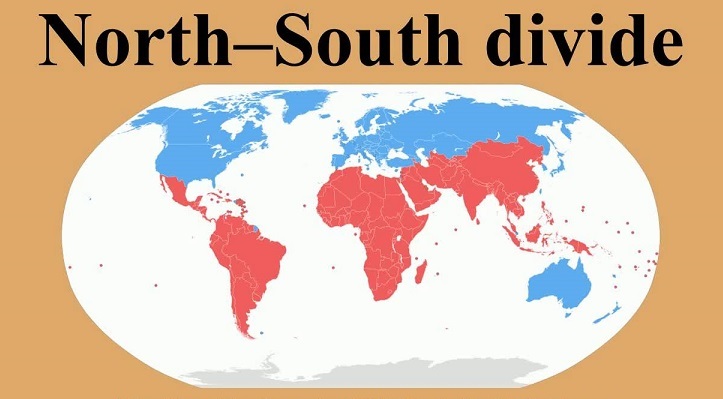 Europe is now firmly behind the U.S.’s strategic plans and is re-militarising. The developing Sino-Russian strategic partnership ‘without limits’ is the clearly defined enemy other for the West. So, the only speed breaker is the Global South.

Countries of the Global South, especially India, China and others, are being blamed for the failing sanctions against Russia in the context of the Ukraine conflict. The Global South wants a quick and negotiated end to this war; all (with a few exceptions) oppose the anti-Russian sanctions regime and all advocate neutrality.

Recent experiences such as the refusal by the West to grant a one-time exception for patents for the COVID-19 vaccine have not helped either. Media images of the way refugees from the South are treated in contrast to the welcome to Ukrainian refugees have revealed the unsurprising racism.

In such circumstances Russia is not seen as a threat in the Global South.

The U.S. response to this neutrality has been to put massive pressure for sanctions on Russia and build threat narratives about China. But there has been an unprecedented pushback from the South that wants to make its own strategic choices. For example, the U.S. Congress recently passed a bill — “Countering Malign Russian Activities in Africa Act” — that advocates pressuring, monitoring, and punishing African states and leaders who engage with Russia. In response, the South African Foreign Minister Naledi Pandor in a press conference — U.S. Secretary of State Antony J. Blinken was present — said no African country could be bullied and described this U.S. Bill as “offensive legislation”.

On its part, China is waiving debt owed by 17 African countries (for 23 interest-free loans that were due in 2021) — as India did in 2003. There have been similar pushbacks from Latin America and the West Asian Countries.

Stronger countries of the Global South such as India have used their leverage to negotiate with multiple sides. India increased oil purchases from Russia, shrugging off western pressure.

The South’s choices are extending slowly to geoeconomics. The fear of the U.S. strategy of freezing dollar reserves has made the South cautious. Further, there is the U.S. Treasury Secretary Janet Yellen’s recent announcement about U.S. trade policies of ‘re-shoring’ and ‘friend-shoring’ — meaning trade between allies. This is leading the South to gradually find ways of bypassing the dollar in bilateral trade by using local currencies. This does not mean the end of dollar dominance, but alternate paths are opening up for them.

In sum, the multilateral institutions, ranging from BRICS (Brazil, Russia, India, China and South Africa) and the African Union, to the Association of Southeast Asian Nations (ASEAN), The Community of Latin American and Caribbean States, have given it new confidence. Several countries including India, Brazil, South Africa, Indonesia and Malaysia have become economic powerhouses, albeit with their own inequalities and domestic problems.

In these circumstances, neutrality and strategic autonomy have become a viable though not a normative option.

The Global South has made a statement on its development, for better terms for trade for which they need strategic autonomy. If the Global South were to voice collective concerns on existential threats from climate change, ecological devastation, inequalities and increasing militarisation, and work in plural inclusive ways, it could make the world a better place for itself.