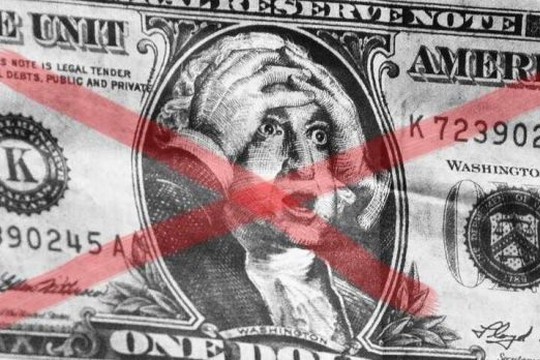 The war in Ukraine will ultimately end, but the US has gotten its way for now – Europe is largely cut off from Russian energy. At the same time the US dollar as the global reserve currency has reached its past-due date, - writes “Asia Times”.

The last four US presidents – Bush II, Obama, Trump and Biden – had little in common but they were united in their attempts to block Nord Stream 2, the gas pipeline contructed in the Baltic Sea to carry Russian gas to Germany.

Last month, explosions put Nord Stream 2 out of commission. It was a state-level terrorist attack that seemed un-European. Europe is largely cut off from Russian energy.

Fossil fuels are the world’s pivotal commodity. The trade in energy represents about 8% of global trade but is indispensable for 90% of global economic output. Even the budding green tech revolution is impossible without it.

Oil is priced and traded in US dollars. If a Spanish company buys oil from Saudi Arabia, the dollar payment goes through a bank in New York. The same applies to most other commodities. If Japan buys Australian wheat, New York banks process the dollar-denominated payment.

The dollar became the world’s de facto reserve currency in 1944. The Bretton Woods Agreement made the gold-backed dollar the anchor for the global monetary system.

History suggests the dollar is on borrowed time.

China, Thailand, and a number of other countries are testing a new cross-border payment system based on the technology developed for the digital yuan.

Russia and China have agreed to use the yuan and the ruble for the trade in Russian energy and Chinese technology.

Most concerning of all for the US is Saudi Arabia, the most influential member of the Organization of the Petroleum Exporting Countries (OPEC). The Saudis are in talks with China about selling oil in yuan.

Russia not only has enormous energy resources, but its imposing geography enables it to serve as a key link among China, India and Europe. A Eurasian economic region of 93 countries and 5.3 billion people, trading among itself, would not need to rely on the dollar.

The growing “de-dollarization” in Asia explains why it is crucial for the US to keep Europe in the dollar camp. It is necessary to prevent growing economic ties between Europe and Asia, which explains attempts by the last four US presidents to torpedo Nord Stream 2.