"The Guardian": The meltdown is already happening 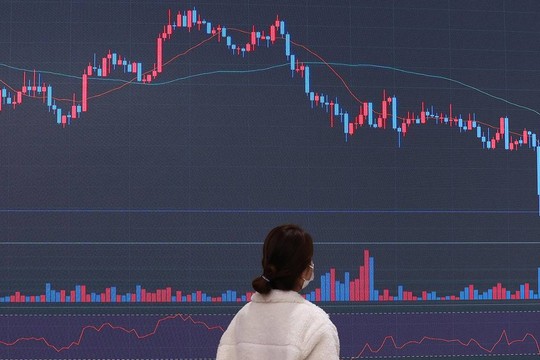 “Boris Johnson’s dysfunctional government seems the stuff of farce but it retains the ability to make decisions that have real effects on real people,” notes "The Guardian" in its commentary on the current Prime Minister of Great Britain. “We think he will go one day soon and we’ll avoid disaster. But that’s false comfort: the meltdown is already happening”.

A little under four months ago the pundits were certain, the Johnson supporting press was running out of justification road, and voters were too mad to stand for it, writes "The Guardian".

A lot has happened since then: resignations, police fines, a damning Sue Gray report, byelection losses, a confidence vote. But in terms of the big thing, the only big thing that really matters, nothing has happened. Johnson’s resignation or ejection – and the associated restoration of some semblance of standards and values in British politics – is still, well, imminent.

For while we wait, taking some comfort in the fact that Johnson is a dead man walking, two things are happening. In the first, political norms are being sanded away. The expectation of consequences for dishonesty and malpractice in high office begins to dissolve. The standards to which we hold our politicians begin to matter less than the standards by which politicians hold themselves. New norms start to replace the old ones, and then become very hard to reverse overnight.

That’s the thing with norms: they coalesce over time. They are not objective standards of behaviour; they are shaped by what the government and the people become accustomed to over a period – in this case a period in which lying, corruption and cronyism go unpunished. To restore those standards, it will take more than a new leader installed by “good” Tories, whatever that means. And it will take more than a Labour party passively waiting in the wings for the Johnson show to come to a (very slow) stop.

As we wait for the demise of Johnson and his particular version of the Tory party – laws are passed and events occur that have a potent effect long after their champions have moved on. Johnson’s dysfunctional government seems the stuff of farce, but it retains the executive ability to make decisions that have real effects on real people.

It sees a trade war loom into view over reckless government plans to override the Northern Ireland protocol; risks that shape the future of the country – markers of this, the most dangerous of times.

…As per Hemingway’s description of insolvency, British politics “goes bankrupt in two ways: gradually, then all at once”.

That’s a conclusion of "The Guardian"…