The hard path to a nuclear-free world 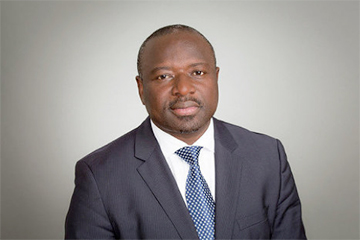 In early October of this year, the newly appointed Executive Secretary of the Preparatory Commission for the Comprehensive Nuclear Test Ban Treaty (CTBTO), Lassina Zerbo, paid a visit to Moscow. The visit included a meeting with Russian Foreign Minister Sergei Lavrov and Deputy Minister of Foreign Affairs Sergey Ryabkov, representatives of the Ministry of Defense and the State Atomic Energy Corporation "Rosatom”. During the meeting they discussed a wide range of issues related to the Treaty and the prospects for putting it into force, as well as a number of specific aspects of bilateral cooperation between the Russian Federation and the CTBTO Preparatory Commission, including the creation of objectives for the International Monitoring System, and the Russian side expressed its support in principle for the Treaty, and the willingness to continue to actively contribute to its universal acceptance.

It should be noted that the Comprehensive Test Ban Treaty (CTBT) was adopted by the 50th session of the UN General Assembly on September 10th 1996, and from September 26th 1996 it was open for signature. This agreement expands the scope of the Test Ban Treaty, which banned the use of nuclear weapon tests in the atmosphere, in outer space and under water in 1963.

To date, 182 States have ratified the treaty. For the treaty to be put into force, it must be signed by the three "young" nuclear powers: India, Pakistan and North Korea.

The ratification of the treaty is more complicated than that: in addition to non-signatory countries, it has yet to be ratified by Israel and Iran, which are suspected of developing nuclear weapons; and China, the United States and Egypt. Thus, Article 14 of the Treaty has not yet been implemented, and so cannot be put into force.

The central issue discussed during the visit of the overseas visitor to Moscow, was the question of the participation of the Russian side in the creation and development of an international system of monitoring compliance with the prohibition of nuclear tests (MSM). Altogether, this requires the establishment of an international network of 337 monitoring stations, of which at the present time only 280 are functional. Information from the stations is transmitted to the headquarters of the CTBTO. When collecting information, the technologies used are seismic, infrasound, radionuclide and hydro acoustic monitoring (at the present time stations in Russia use the first three types of sonar monitoring system because hydro acoustic monitoring takes place in international waters ) .

The Russian side has always considered the CTBT as one of the key elements of the security system in the field of nuclear arms limitation and non-proliferation of nuclear weapons. Our country has a long and fruitful experience of cooperation with the Permanent Commission of the CTBTO and its Provisional Technical Secretariat. 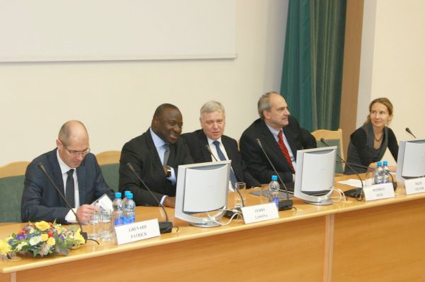 On October 3rd, Dr. Lassina Zerbo met with the Rector of MGIMO Russia, a member of the Foreign Ministry and an academic, Anatoly Torkunov. After a meaningful conversation at the Moscow State Institute of International Relations, Dr. Zerbo delivered a lecture on the work of the Preparatory Commission for the Comprehensive Nuclear Test Ban Treaty and cooperation between the Organization and Russia.

Dr. Zerbo, speaking about Russia's contribution to the work of the Commission for the Comprehensive Nuclear Test Ban Treaty, said that at the present time there are 25 monitoring stations in Russia, and there are plans to build 32 units. Of particular importance, according to Dr. Zerbo, was the scientific analysis of the metering station in Chelyabinsk, since it collects ultrasound information.

This system can detect nuclear explosions with a capacity of at least 0.1 kilotons of TNT, but in some places on the Earth this threshold is 0.01 kilotons. Stations of the international network for monitoring compliance with the treaty banning nuclear tests, in addition to their direct function, are also used to warn of tsunamis and earthquakes. Of particular relevance, were their activities after the accident at "Fukushima” nuclear power plant in 2011. "This system is important not only for Russia, but for all countries,” said L. Zerbo,” because it is a by-product of our monitoring system." For small countries that can be actively impacted by external forces, the potential research gained in the course of research on these stations allows for a balanced development on the state of the ecosystem. The co-operation under the auspices of UNESCO together with the International Oceanographic Centre in Paris can serve as an example, which provides the most reliable information relating to tsunami and their warnings. The Executive Secretary of the Preparatory Commission also referred to the issue in his speech on the situation in Syria. According to him, the organization is interested in a mutually acceptable manner of dealing with this issue, and bringing peace to the country, which can only happen with the active participation of the Russian leadership in the negotiations. "Russia can create the right atmosphere, and the right direction for the operation and support of international organizations with regard to decisions and possible solutions to the Syrian conflict by peaceful means ", said Zerbo with conviction.

However, the greatest concern to the Preparatory Commission, according Dr. Zerbo, is North Korea. "This is a country that has tested several times over the past decade. No country except North Korea has conducted nuclear tests since the signing of the Treaty. In fact it is the only country that does this. We hope for support from Russia in our discussion of this issue with North Korea. At the six-party talks we touched on the question of how to create a platform for the Treaty to be valid in North Korea and for it to join us, and not to see itself as a country in isolation. "

Lassina Zerbo stressed that the work of the Commission "is not aimed at isolating a country, whoever it may be, in respect of the Treaty. We are open to discussion. We enter into discussions and negotiations with those countries that are willing to accept the platform of the Treaty. Those who have not signed it, we will deal with at the technical level .There has not actually been any contact with North Korea so far. But Russia has the necessary contacts with North Korea, and we hope that a relationship will be established, and we will be able to conduct some discussions with North Korea." Dr. Zerbo hopes that "very important and influential persons" will assist in this process, including former Minister of Foreign Affairs, the President of the Russian International Affairs Council (RIAC) Igor Ivanov.

After the speech, the Executive Secretary of the CTBTO Preparatory Commission answered questions from students and teaching staff from the University. He expressed the wish that those that decide future international affairs are already making a contribution to the promotion of the idea of the need for a universal ban on nuclear testing, as it affects the future of our planet.

Overall, despite the difficult international situation and the uncertainty of the current situation in the Middle East, Lassina Zerbo’s visit to Moscow was fruitful and demonstrated the scope and prospects for Russia's contacts with international organizations. Although the date of putting the Treaty into force is so far still unknown, nothing prevents the parties concerned to approach it with all possible efforts.

Mr. Lassina Zerbo is the Executive Secretary of the Preparatory Commission for the Comprehensive Nuclear Test Ban Treaty. He is a citizen of Burkina Faso. He received his Ph.D. degree in geophysics from the Universite de Paris XI in 1993. He joined mining company BHP Minerals International (USA) in 1993 working as a research geophysicist. In 1995 he joined the Anglo American Exploration Group. From November 2004 he was the Director of the International Data Centre (IDC) in the CTBT Organization. As director of IDC he coordinated issues related to North Korea's nuclear tests in 2006, 2009 and 2013, as well as the triple disaster in Japan in March 2011 (earthquake, tsunami and the nuclear accident at the Fukushima Daiichi power plant). He has chaired and participated in a number of international seminars, conferences and panels on nuclear disarmament and non-proliferation, international security, arms control, as well as in the field of science and technology. He is a member of think tanks on energy, science, technology and development, and peace and security for Africa.