The Hill: “US no longer seen as beacon of light around the world” 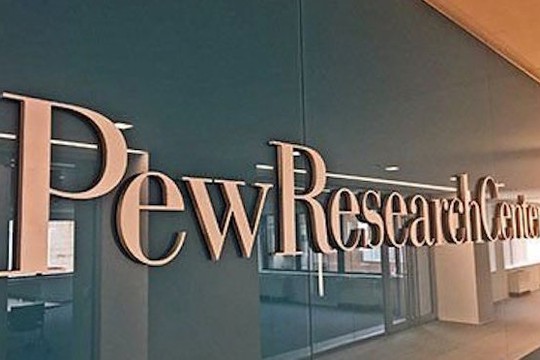 «Over the past couple of years, advanced nations have found reason to be very concerned about the health of American democracy» - «The Hill» gives a commentary on a new “Pew Research Center” research.

Indeed, the results of this opinion poll in Western countries came as a surprise. Naturally, most of them opposed Russia. But! The main and surprising thing “The Hill” writes about is: “Over the past couple of years, advanced nations have found reason to be very concerned about the health of American democracy”.

And here is the question: “To be or not to be for American Leadership?”

As they put: “Amid deepening divisions, US no longer seen as beacon of light around the world”.

Although Biden is still well-liked around the world, his approval ratings (automatically as POTUS – sic!) have slipped since 2021, with confidence in his leadership dropping significantly in 13 countries —falling 20 percentage points or more in Italy, Greece, Spain, Singapore and France.

«The Hill» is a bit nervous: “The findings of this new Pew survey on international perceptions of the United States, Europe and the North Atlantic Treaty Organization (NATO) include critical data for all of us, especially Americans.

Unsurprisingly, the view of Russia, which we have blamed for the troubles in Europe, is negative and falling… But there is a corollary to the story about America, and the devil is in the details: Over the past couple of years, advanced nations have found reason to be very concerned about the health of American democracy.

In 2021, more than half of people in most Western nations surveyed said: democracy in the U.S. “used to be a good example for other nations to follow”. But no longer is.

Large majorities in nearly all nations polled (NATO countries – sic!) believe that there are strong conflicts in America among supporters of different political parties.

It should be noted that America received historically low international ratings during President Trump’s tenure, and global attitudes toward Trump were overwhelmingly negative.

“What’s the takeaway from this new survey, and what can we do about it?” -asks «The Hill».

And that’s the answer: “The headline is that America’s internal divisions over race, policy and politics are visible to many around the world. As the famous saying goes, “You can run, but you can’t hide…”, - writes «The Hill».