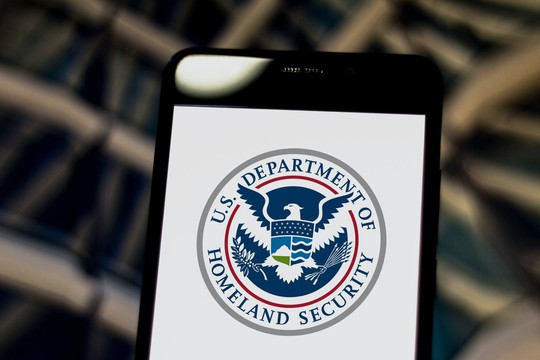 The Department of Homeland Security (DHS) is quietly broadening its efforts to curb speech it considers dangerous, - an investigation by “The Intercept” has found. Years of internal DHS memos, emails, and documents — obtained via leaks and an ongoing lawsuit, as well as public documents — illustrate an expansive effort by the agency to influence tech platforms.

Though DHS shuttered its controversial Disinformation Governance Board, a strategic document reveals the underlying work is ongoing. DHS plans to target inaccurate information on “the origins of the COVID-19 pandemic and the efficacy of COVID-19 vaccines, racial justice, U.S. withdrawal from Afghanistan, and the nature of U.S. support to Ukraine.”

Facebook created a special portal for DHS and government partners to report disinformation directly. “Platforms have got to get comfortable with gov’t. It’s really interesting how hesitant they remain,” Microsoft executive Matt Masterson, a former DHS official, texted Jen Easterly, a DHS director, in February.

There is also a formalized process for government officials to directly flag content on Facebook or Instagram and request that it be throttled or suppressed through a special Facebook portal that requires a government or law enforcement email to use.

Prior to the 2020 election, tech companies including Twitter, Facebook, Reddit, Discord, Wikipedia, Microsoft, LinkedIn, and Verizon Media met on a monthly basis with the FBI, CISA, and other government representatives.

According to NBC News, the meetings were part of an initiative still ongoing between the private sector and government…

The draft copy of DHS’s 2022 Quadrennial Homeland Security Review reviewed by The Intercept also confirms that DHS views the issue of tackling disinformation and misinformation as a growing portion of its core duties. While “counterterrorism remains the first and most important mission of the Department,” it notes, the agency’s “work on these missions is evolving and dynamic” and must now adapt to terror threats “exacerbated by misinformation and disinformation spread online” including by “domestic violent extremists.”

Last year, a top FBI counterterrorism official came under fire when she falsely denied to Congress that the FBI monitors Americans’ social media and had therefore missed threats leading up to the attack on the U.S. Capitol on January 6, 2021. In fact, the FBI has spent millions of dollars on social media tracking software like Babel X and Dataminr.

“There are no specific legal constraints on the FBI’s use of social media,” Faiza Patel, senior director of the Brennan Center for Justice’s liberty and national security program told “The Intercept”. “The attorney general guidelines permit agents to look at social media before there is any investigation at all. So it’s kind of a Wild West out there.”

In an appearance on Joe Rogan’s podcast in August, Meta CEO Mark Zuckerberg revealed that Facebook had limited sharing some “The New York Post” reporting after a conversation with the FBI.

“There is growing evidence that the legislative and executive branch officials are using social media companies to engage in censorship by surrogate,” said Jonathan Turley, a professor of law at George Washington University, who has written about the lawsuit. “It is axiomatic that the government cannot do indirectly what it is prohibited from doing directly. If government officials are directing or facilitating such censorship, it raises serious First Amendment questions (freedom of speech).”