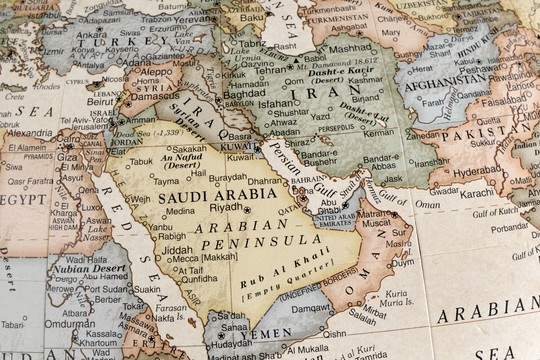 Recently rumors have been actively spreading about the creation of a new military alliance in the Middle East under the auspices of the United States. Its goal is “to confront common enemies”, which are not directly mentioned, but analysts believe that we are talking about Iran and its puppets, - writes Al Jazeera. However it is not the first time that the issue "Middle East NATO" has been raised.

In March, US representatives held a secret meeting in Sharm el-Sheikh (Egypt) with representatives of the high military command of Israel, Saudi Arabia, Qatar, Jordan, the United Arab Emirates and Bahrain to discuss cooperation in the field of defense. This was reported by The Wall Street Journal.

Analysts say that the defense alliance is likely to include states that have normalized relations with Israel. This refers to the countries that signed the "Abraham Agreements" (UAE, Bahrain, Sudan and Morocco), as well as Jordan and Egypt, which have long had diplomatic contacts with Tel Aviv. Two more countries have not officially announced the normalization of relations with Israel, but their representatives attended the meeting  in Sharm el-Sheikh - these are Saudi Arabia and Qatar.

Discussions so far have focused on technical cooperation in the field of air defense, the installation of radars and the development of an early warning system. They say the creation of this alliance is largely of a deterrent nature and is designed to convince the countries of the region that they are "safe" in the face of Iran: "The purpose of creating this alliance is to confront Iran. Israel encourages this in every possible way and wants the countries of the region to be involved in the confrontation with Tehran."

At the summit of the League of Arab States (LAS) in 2015, Egyptian President Abdel Fattah al-Sisi proposed the creation of a united Arab forces to combat terrorism. The chiefs of staff of the Arab armies even held several meetings, but to no avail.

"Discussions on the subject will subside after the upcoming visit of US President Joe Biden to Saudi Arabia. No real progress will be made, and this alliance will never see the light of day," - they believe in Egypt. Although Egypt,  like Israel, could benefit from this alliance,  ensuring  security of the Suez Canal and nearby cities with the help of the early warning system in the Persian Gulf and American Patriot-type air defenses. But Egyptian analysts believe their country will not participate in the "Middle East NATO" - Egypt will not join the alliance, which will worsen its relations with Iran. Currently Cairo has other priorities and security concerns.

In Jordan they also have certain doubts about the prospects of such an alliance: "It is necessary to first learn about the strategy, military-political aspects and interests of the participating countries, and then make a decision", its officials say.