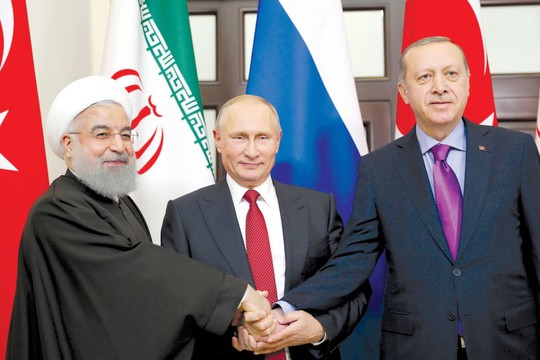 “A new group of rising industrial powers is seeking to work together without the West”, “The Jerusalem Post” writes in a commentary on the results of the summit of the Shanghai Cooperation Organization, which has just been held in Uzbekistan.

Iran signed a memorandum to join the Shanghai Cooperation Organization (SCO), a grouping that includes Russia, China and a number of Central Asian states that has grown in recent years as Turkey, Iran, India and many others have played a role.

This takes the form of challenging the US-led world order and both Russia and China are clear that they want to upend the US role in the world. As such, Iran’s joining of the SCO is an important milestone. It is symbolic but it has real implications.

According to reports, Iran Foreign Minister Hossein Amir-Abdollahian announced in a Twitter post that he signed the document for full membership in the organization on the eve of the SCO meeting in Uzbekistan. “Now we have entered a new stage of various economic, commercial, transit, energy, cooperation,” Amir-Abdollahian said.

Iran sees this as a new phase for its role in Central Asia and the wider region. This means it is part of Iran’s 25-year accord with China as well as the emerging and increasing Iran-Russia alliance.

Iran is transferring drones to Russia and Russia is using those drones against Ukraine. It is possible that Iran will receive defense technology from Russia.

The overall context is also that Iran and China are holding a high-level dialogue. In addition, other states such as Armenia, Azerbaijan, Turkey and the states of Central Asia are all meeting at the SCO. For Iran, this can give cover to its expansive activities in the region.

This will cement a Russia-China attempt to upend the world order, stresses “The Jerusalem Post”.