The Korean Peninsula: a Territory of Recurring Crises 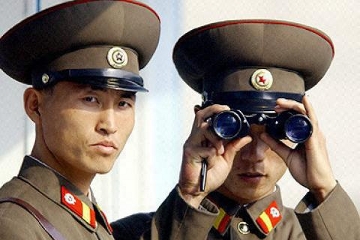 A new escalation took place on the Korean Peninsula. The crisis began to unravel when a US envoy who visited N. Korea stated that up to 2,000 centrifuges were installed at the Yongbyon uranium enrichment facilities. The number, albeit too low to worry that the production of weapons-grade plutonium was on track, resonated with the West's traditionally alarmist perception of any news concerning N. Korea. To further complicate the situation, Pyongyang declared launching in the same region the construction of a light-water reactor which – according to the initial plan - was supposed to absorb the low-grade uranium from the Yongbyon facilities.

The legality of N. Korea's nuclear program in the light of the international law continues to stir debates. No doubt, a sovereign country is entitled to civilian use of nuclear energy. The right was reaffirmed in the key September, 2005 joint statement adopted as a result of the six-party talks. On the other hand, Pyongyang should allow full IAEA oversight of its nuclear activities, which automatically implies N. Korea's reverting to the non-proliferation regime in the role of a non-nuclear state. UN Security Council Resolutions 1718 and 1874 require that N. Korea fully suspend its nuclear program until the international cooperation in the framework of the nonproliferation regime is re-established.

In fact, the whole story looks mysterious. First, it is unclear how N. Korea managed to secretly build extensive enrichment facilities despite the extremely intense and technically advanced US surveillance. Experts deemed it a realistic assumption that N. Korea could be operating a dozen or two dozens of centrifuges formerly imported from Pakistan as experimental equipment, but the figure that surfaced recently sounds striking, especially considering that Pyongyang could have more facilities than it chose to demonstrate.

The realism of the plan to build a light-water reactor in a poor country lacking the corresponding industrial base and technologies is questionable. For N. Korea, making the entire range of necessary equipment domestically is out of question while importing them should be impossible due to the current sanctions regime.

The recent escalation between the Koreas did overshadow N. Korea's nuclear problem. On November 23 Pyongyang subjected the Yeonpyeong Island located 12-15 km away from the inter-Korean border to massive shelling, killing 4 people, injuring 20, and causing considerable devastations. N. Korea justified the shelling with a reference to S. Korea's aggressive conduct as the latter was carrying out military exercises on the island including missile launches. Missiles were of course fired not at N. Korea but towards the marine zone which remains contested since the end of the Korean War. S. Korea did not submit an advance notification concerning the launches and ignored Pyongyang's request that no military exercises be conducted in the proximity of the N. Korean territory.

Somehow, each side claims to have fallen victim to aggression. Pyongyang maintains that the marine zone around the Yeonpyeong Island is part of N. Korea's territorial waters and says that under the circumstances N. Korea had to react at least to prevent S. Korea from assuming that Pyongyang bowed to the US-S. Korean pressure and agreed to the Yellow Sea delimitation imposed on it.

Though the above argument can be credited with a measure of logic, the N. Korean response was obviously asymmetric and inadequate. In any case, N. Korea upholds no claims to the island which came under fire.

The incident had serious political repercussions. The US, Japan, and the majority of Western countries hold N. Korea responsible for the drama, and Seoul considers submitting the case for examination in the UN Security Council, which would, however, require rather unlikely consent of all the permanent UN Security Council members.

A statement released by Russia's Foreign Ministry contained no judgment as to which of the Koreas perpetrated the act of aggression and called for restraint on both sides. Similar reaction followed from the Chinese foreign ministry. Notably, deputy secretary of Russia's security council V. Nazarov attributed the escalation to the recent increase in the military activity of S. Korea and its allies and said performing military exercises in a contested zone near the delimitation border was markedly provocational.

S. Korea promptly used the incident to score with Pyongyang. All types of inter-Korean communication including the cooperation under the Red Cross auspices and the contacts between the countries' armies are suspended. S. Korea froze humanitarian aid to N. Korea and banned its citizens' visits to the country. Lee Myung-bak stated openly that in his view the conflict makes the normalization of the inter-Korean relations at the present time impossible and that he has no intention to take any steps in this direction during the rest of his presidency.

S. Korea's response is not going to be limited to the above. Reportedly, Lee Myung-bak instructed the army to switch from passive containment to suppressing N. Korea's batteries in case they open fire. It was declared that S. Korea's missile bases sited in the hostilities zone would be hit in case N. Korea launched new attacks. US-S. Korean military exercises involving a US marine group are to take place in the Yellow Sea on November 28-December 1. The exercises can be regarded as provocative in character given that they are conducted in the proximity of N. Korea's coast and that landing operations are a part of the exercise plan. In the settings, an unauthorized or inadvertent shot fired from either side can trigger a severe conflict.

Washington will almost certainly take advantage of the crisis situation to exert greater pressure on China and indirectly on Russia. The US-Chinese relations have soured this year over an array of issues, especially the yuan value, leading Washington to go ahead with its force-based hedging strategy. The US is building up the infrastructure of its military presence along the Chinese border, largely by intensifying the US Navy's maneuvers in the proximity of China's coast and sensitive regions. The persistent tensions on the Korean Peninsula serve to justify the US model of conduct. The now regular Yellow Sea raids by US aircraft carrier groups (which were not practiced a relatively short time ago) appear to be an efficient instrument of intimidating China, considering that it would take US aircrafts from the aircraft carriers minutes to reach Beijing and other important Chinese centers.

Predictably, the activity echoes with Beijing's protests and can eventually force it to take harsh measures in response.

Oddly enough, it is hard to tell which side is actually responsible for the recent inter-Korean escalation which left the two countries on the brink of a large-scale conflict. The widely held view owed to the influence of the Western media is that N. Korea is guilty whatever happens, and the political circles repel the very idea that Pyongyang's provocations are not the source of every problem. The view that N. Korea is the invariable troublemaker ignores the fact that the mistrust between the Koreas intensified as a result of Lee Myung-bak departure from his predecessors' friendlier policies which included massive aid to the north, political dialog, and a variety of contacts meant to bring about reconciliation and gradual rapprochement. Instead, Lee Myung-bak opted for isolating N. Korea and undermining its political regime by downscaling the economic aid, the aim being to force Pyongyang to change its positions over a range of issues from N. Korea's nuclear program to the essentials of the country's domestic and foreign politics.

Regardless of the S. Korean administration's motivation, the result was the erosion of trust between Pyongyang and Seoul, endless tensions, and the recurrence of incidents like the sinking of the Cheonan corvette and the recent border-zone clashes. Every such incident scars the inter-Korean relations and, sadly, at the moment nothing is done to reduce the risks.