The Kremlin made a strong warning to the White House 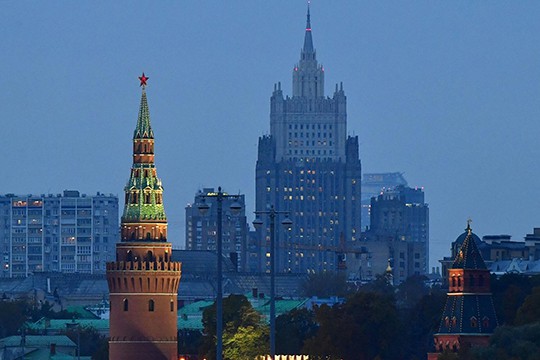 President Putin warned Ukraine against obtaining and using the U.S. long-range missiles. Russia would hit targets it has so far not struck if long-range missiles are delivered to Ukraine, Russian President Vladimir Putin has warned. “If they are supplied, we will draw the appropriate conclusions and use our weapons, which we have enough of, in order to strike at those targets that we have not yet struck,”- Putin told Russia 1 TV Channel in an interview broadcasted on June 5th. The Russian president noted that the shipment of US-made multiple-launch rocket systems confirmed by President Joe Biden is unlikely to bring anything new to Kiev’s forces. The Ukrainian military already has Soviet- and Russian-designed Grad, Smerch, and Uragan MLRS of the same kind, - he explained.

Vladimir Putin noted that their range does not depend on the system itself, but on the missiles that are used and added that the whole “fuss around” the additional arms deliveries to Kiev “serves only one purpose – to prolong the armed conflict as much as possible.”

The president noted that in the beginning of Russia's special operation, the Ukrainian army had about 515 MLRS, 380 of which were destroyed, but some were restored or taken from stock. Currently Kiev has about 360 units of such equipment.

On June 1st, U.S. Secretary of State Antony Blinken said the Ukrainian Government had given Washington assurances that it will not use American rockets to strike targets on Russian soil. One day later, however, Ukrainian Presidential Adviser Alexey Arestovich seemed to contradict that statement when he said the Ukrainian military will strike Russian territory with the U.S. HIMARS MLRS, if it sees fit to do so. He admitted that their range will be 300 km. When asked whether the restriction on the use of U.S.-provided rockets applies to Crimea, which voted to join Russia in 2014 after the military coup in Kiev, - he insisted it is still part of Ukraine, and hence a legitimate target.

On June 1st U.S. President Biden announced the 11th package of military  aid to Ukraine in the amount of $ 700 million. He noted that the USA will continue to provide Ukraine with lethal weapons and equipment for self-defense. Washington intends to supply the Kiev regime with HIMARS multiple launch rocket systems (MLRS). The first four such launchers, previously transferred by the Pentagon to Europe, will enter service with the Ukrainian army in the coming days.

Realizing the threat of further escalation of the conflict created by such a decision and the involvement of third countries in it, the U.S. authorities are hiding behind the promise allegedly given to them by Kiev not to use MLRS to shell Russian territory. Washington is trying to assure the world community that American weapons will not be used for offensive purposes and for possible attacks on the Russian territory. The U.S. side has publicly stated that the range of their proposed set of MLRS missiles is no more than 80 km.

Even if it is so, the U.S. HIMERS can hit some Russian border areas. The crux of the matter is not such specific distance. It can be easily enlarged up to the announced maximum range – 300 km. The Republic of Crimea as a part of Russia and the Russian Black Sea Fleet will be under threat of attack.  Russia sees all this as a direct threat and issued a stern warning in this regard to the White House.