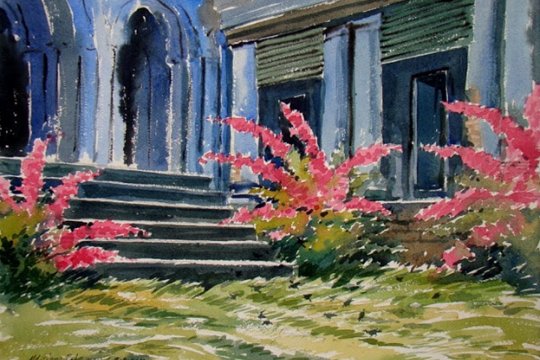 The largest exhibition of contemporary Indian art in Russia will be held at the Tretyakov Gallery from June 17 to September 6 this year. The exposition will be accompanied by a large-scale program of lectures and concerts, TASS reports citing the organizers of the exhibition.

The largest exhibition of Indian contemporary art will include the works of about 60 Indian artists such as Nalini Malani, Vivan Sundaram, Bhupen Hahar, Anish Kapoor, Amar Kanwar, Mrinalini Mukherjee, Anita Duba, Shilpa Gupta, Dayanita Singh and Jeetish Kallat and others, TASS notes. The exposition will be opened in the New Tretyakov Gallery on Krymsky Val.

"In parallel with the exhibition, there will be an extensive program of lectures on the history and development of art since the independence of India in 1947. Video shows, concerts, dance groups and gastronomic festivals will also take place at various venues in Moscow," the organizers of the exhibition noted.