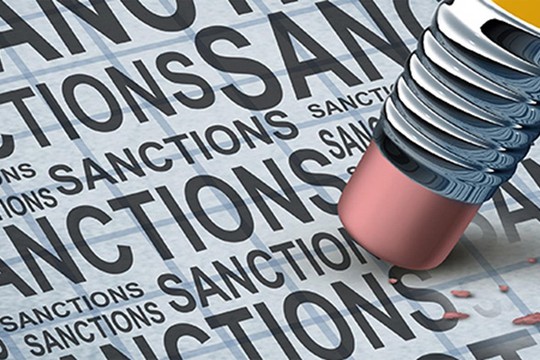 An opinion is building up in the U.S. that the Kiev regime is stringing the West, and needs to be firmly told that all good things must come to an end, writes prominent Indian observer, Ambassador M. K. Bhadrakumar.

He emphasized that Secretary of State Antony Blinken has had a makeover lately pushing back an avalanche of hawkish opinion represented by House Speaker Nancy Pelosi, US Senate, Ukraine’s president Volodymyr Zelensky and the Ukrainian Parliament who demand that Russia be formally designated a state sponsor of terrorism, a label reserved for North Korea, Syria, Cuba and Iran.

Indeed, Blinken’s phone call to Russian FM Sergey Lavrov on prisoner exchange was a US-Russia re-engagement since February and therefore a subtle messaging in itself. (Biden’s offer of talks has come within the week.)

These fresh tidings need to be seen alongside the trend of the “collective West” lately working to ease the anti-Russian sanctions. The following developments suggest a pattern:

- Canada announced — on Germany’s request and Washington’s backing — while also ignoring Ukraine’s objections, a waiver of sanctions that allowed the return of equipment for Nord Stream 1 pipeline so as to support Europe’s access to “reliable and affordable energy”;

- European Union issued a guideline (in relation to the Russian exclave of Kaliningrad) “that the transit of sanctioned goods by road with Russian operators is not allowed under the EU measures. No such similar prohibition exists for rail transport” (via Lithuania);

- On August 1, the UK eased some restrictions to allow companies to provide insurance and reinsurance to Russian entities, which have implications for shipping and aviation industries;

- The EU also allowed “exemption (for Russia) from the prohibition to engage in transactions with certain state-owned entities as regards transactions for agricultural products and the transport of oil to third countries.”

- Bloomberg had reported that “US government is quietly encouraging” agricultural and shipping companies to buy and carry more Russia’s fertilizer, whose exports are down 24% this year as “many shippers, banks and insurers have been staying away from the trade out of fear they could inadvertently fall afoul of the rules… and (Washington) is in the seemingly paradoxical position of looking for ways to boost them (Russian exports.)”

However, on the war front, Russia’s special military operations to grind the Ukrainian forces are continuing, albeit without significant changes on the battlefield.