The liberal "end of history": what's next? 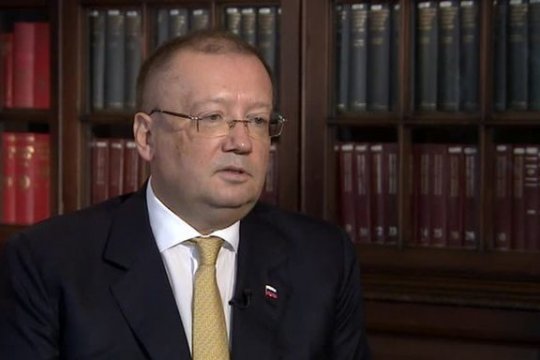 Following an interview with President Vladimir Putin published by the Financial Times a month ago, the issue of the future “liberal world order” in its idealistic version has been part of London’s political discussion agenda, with the emphasis being put on moral and political leadership in the present-day world.

Throughout post-war decades, America remained an unchallenged leader of the Western world, also by cultivating liberal values in occupied Germany. Europe followed suit. This situation seems to be coming to a close. Following the victory of Donald Trump in the 2016 presidential election, Angela Merkel was widely seen to become the new leader of the Western world. Her words to the effect that Europeans should take their future into their own hands and rely mostly on themselves caused a wide-ranging response worldwide. But many experts acknowledge that what needs modernization is the world order advocated by the West, and it should be done in line with the well-known postulate - if you want things to stay intact, change!

Patrushev: the US is set on striking supremacy all over the world

A growing public mistrust in government policies and in the elites in general in Western countries, a widening gap between different sections of the population and the destruction of the pillar of Western democracy - the middle class - all this, being the result of global integration processes on the basis of liberal economy, aggravates social confict and threatens democratic foundations. In the meantime, direct democracy, which the elites tend to associate with authoritarianism, backs up representative democracy when the latter fails. This was illustrated by the British referendum on Brexit.

Since then, the Western house has been “in turmoil” having entered a transitional state after the comfort of the announced “end of history”. For this reason Trump is in a sense a revolutionary figure, not only for America. He is able to thoroughly shake up the entire American system, and along with it the state of affairs in the world, in an  isolationist and protectionist format. A new world order and a new format of relations between Russia and the West will begin to assume shape only on the basis of the outcome of this so-called “Trump revolution” (experts predict him re-election in 2020). By and large, it remains to be seen, as experts point out, whether capitalism of the 19th century is compatible with widespread democracy of the 20th century.

The Anglo-Americans do it easier - they take the initiative in their own hands and go further along the path of economic liberalization. As for Europe, things are more complicated, as it is necessary to uphold the foundations of the liberal "end of history" which is understood by Europeans in a much broader sense - not only as a neoliberal economy, but also as a welfare state which Washington has lost interest in. These two do not match - hence, the crisis of the western society, which marks a rerun of history.

By London standards, Moscow poses a major challenge to West-promoted values. Russia is believed to be seeking recognition of its proper role in global politics and is against the basic foundations of the West-led "liberal order", which developed de facto but never came to become a subject of a genuinely collective regulation after the end of the Cold War. The West allows for humanitarian intervention, change of regime, destabilization of rogue countries, primarily through sanctions-based pressure, which has become the main instrument for waging hybrid wars.

Yakovenko: A debate on liberalism - a reaction to the crush of the illusion of unipolarity

They won’t openly admit that the Russian Federation respects the realities of the postwar international world order with the central role of the UN. For Russia, it is essential that these standards are applied universally, and not selectively. However, the outcome of the “all against all” competition announced by Trump, and this must be acknowleged, does not depend on the effectiveness of the corresponding efforts by Moscow, but by the course and results of the transformation processes that unfolded in the West a quarter of a century later than in the Soviet Union.

The so-called “Russian interference” in the domestic affairs of leading Western countries has become a hot issue for discussion simply because protest moods, dissatisfaction with the existing governance model, which, in fact, precludes any alternatives, have acquired dangerous proportions. If the West succeeds in solving its system-related problems, and its citizens come to believe in the viability of their national governments and in the effectiveness of their policies, this issue will disappear by itself. According to British experts, for Russia to adopt the Western version of the world order the Western countries should first restore confidence in the liberal democratic values they advocate, modernize their party and political systems, and come up with effective solutions to urgent global issues, such as climate change, which for many have become a matter of primary concern.

According to UK analysts, in case of success, talking with Russia will become easier. The Russian leadership, even if not right away, “acknowleges the realities” and gradually reformulates national priorities to match a new Western consensus, the parameters of which are not yet visible. Any such consensus can be effective only provided it is achieved through truly collective efforts, that is, with the direct participation of Russia. Thus, it will become pan-European, it will create a foundation for political unity on our continent.

In the meantime, Moscow has no reason to agree with the rules-based world order, which it considers exclusive by definition, unviable, and which, it says, is proposed by countries whose models of internal structure have yet to prove their efficiency in the changing conditions of present-day reality. "By challenging liberal values," experts say, Russia is seeking to ensure that Western countries do not force on others the principles of world order that lead to chaos, as demonstrated by Iraq, Afghanistan, Libya, Syria, migration and financial crises, and finally, by the crush, through Washington's fault, of key arms control agreements.

Moscow has no intention to take ideological and political revenge over the West. The revenge is being taken by history for its proclaimed "end." The West must prove its ability to adapt to new conditions, which, in fact, came into reality in 1989 but grew to crisis only 20 years later. Like at the beginning of the 20th century, globalization, with its excess and uneven distribution of benefits and costs, would  come into conflict with the internal development of states anyway. To overcome these discrepancies, a war is not needed – what is necessary is to restore social consolidation, which is easier to do at the national level, that is, within the framework of each particular country. Here, indeed, the advantage belongs to the Anglo-Americans – this gives sense to Brexit and Trump. Europe will also need to maintain the pace of integration, which is by far more challenging, which explains the intensity of the struggle over Britain’s exit from the European Union.

Over the next 10 years, the economic and technological power of states, in tandem with social policy, will lead to a geopolitical re-division, where technology will take center stage. The “rule-based world”, as it was seen in the West at the end of the 20th century, will come into ever greater conflict with the cultural and civilizational diversity of the real world, which can hinge only on international law, as a universal regulatory mechanism, as it was always the case in history.