The long war in Ukraine is reshaping the political World Map 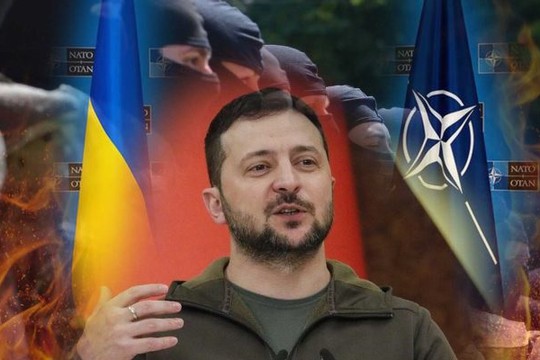 A long war in Ukraine means tectonic shifts in the world political and economic map, some of which were already underway, -  writes “Counterpunch”.

Even after a temporary ceasefire – and there is not sign of one – permanent confrontation between the Nato powers and Russia looks unavoidable.

Aside from issues in dispute, fear and hatred generated by the fighting will take at least a decade to dissipate.

Confrontation will be all the sharper if Russia acts in combination with China.

Nevertheless, in the long term, Russia and China may feel forced to embrace to face a common Western enemy.

Putin says that “the West’s undivided dominance over world affairs is coming to an end.”

Europe also suffers by facing a permanent confrontation with Russia, increased defence spending, high energy prices and decreased European competitiveness with the rest of the world.

As during the Cold War, there is likely to be an increase in proxy wars between the two sides fought out in what used to be called the Third World.

Without a decisive military Victory by one side or the other, the only means of ending the war is through diplomacy, yet anybody suggesting such an approach is treated as a pariah, if not a traitor.

Diplomacy is unlikely to get anywhere until the two sides have fought each other to a standstill, but even then ceasefires are likely to be temporary and confrontation permanent.