The myth about "liberal world order" 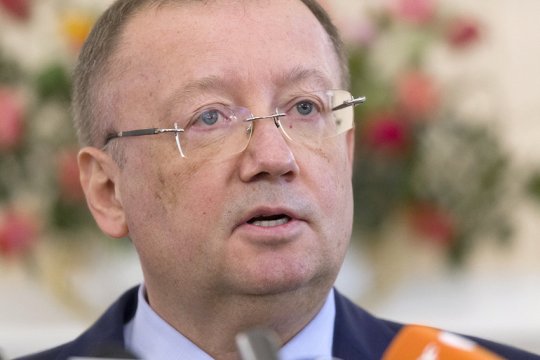 The debate on liberalism, which was triggered by the recent interview with Russian President Vladimir Putin published by the Financial Times, has inevitably spread to the issue of the "liberal world order." Liberal world order, its ups and downs, has been the subject of many disputes. All of a sudden, whoever wrote about it, have suddenly seen light and become realists. It took 10 years of crisis in the West, starting from global financial crisis of 2008.

Curiously enough, the dispute on liberalism came into being fairly recently, seemingly, as a defensive reaction to the collapse of the illusion of a “unipolar moment”. This illusion tempted Western elites for decades after the end of the Cold War, having derived from the thesis about the "end of history." It was, in fact, about the following arithmetic thinking: the Cold War era = Western Alliance + Social Camp. If we remove the latter, it is clear what remains. But social and international political processes do not respond to such automatism. This was pointed out by Henry Kissinger in his last book “World Order” (2014).

The basic principle of the liberal economy absolutizes the regulatory role of the market, which has vision and will put everything in their proper places. This is the same straightforward logic as the "end of history." But the market is an element and therefore chaos, which, paradoxically, is used by liberal opponents of multipolarity as an intimidation instrument. Meanwhile, the global political “market” naturally leads to exactly the multipolarity, based on multiple centers of economic growth. Economic power inaviably transforms into the political and military one. A historical example is America after two world wars. Present-day China also serves as a vivid example of this. Recent experience confirms that global politics is coming back to its natural state after the twists and turns of the 20th century.

This is acknowledged by William Burns, former US Ambassador to Moscow (2005-2008), in his book “Secret Channel”. Among other things, he argues that back in 2006, Vladimir Putin, meeting with Secretary of State Condoleezza Rice, warned the Americans that if Mikhail Saakashvili made an attempt to use force in order to secure reintegration of South Ossetia and Abkhazia, Moscow would have to recognize their independence. Therefore, blaming Beijing and Moscow for “revisionism” and “unpredictable behavior” is like looking for a scapegoat. It is equally inappropriate to present natural multipolarity as “chaotization” of international relations, and even more so – to put the blame for what is happening on the world scene on the Kremlin.

Liberalism has turned into what-it-is-not, having transformed into a dogma and ideology. Besides, the so-called "liberal order" reveals its imperial nature, its major feature being the "leadership" of the United States, which has to be recognized by everyone who joins it. John Mearsheimer, openly says in the latest issue of the prestigious journal International Security (Harvard) that unipolarity is an indispensable condition for maintaining a "global liberal world order." But since Russia and China were not ready to acknowledge such an order, it was never truly global. Just like the transformed liberalism, it denied pluralism of opinion and models of development. Although, of course, it could be liberal in the original meaning of the word, if the USA and the West made it an open, inclusive project. But this did not happen, even at the level of the Bretton-Woods regulations, no matter how hard they tried to come to agreement on this subject within the framework of the G20.

British historian Arnold Toynbee wrote that militarism is a means of self-destruction of empires. The same, presumably, happened to the global Western Empire through various kinds of "liberal" interventionism, including the war in Iraq. This was done under the pretext of promoting democracy - an analogue of the "export of the revolution", of which they accused the Soviet Union.

Hence another conclusion: any claims by one that  one’s values and ideas are exceptional and universal are a sure sign of imperial construction. There is not a small of altruism here, as the United States, thanks to the status of the dollar in the international monetary-financial system, can consume at someone else’s expense.

The problem is not globalization as such, with its interdependence, but "hyperglobalization," as Mearsheimer describes it. What is being born thereby is what the philosophers refer to as hyperreality, which testifies to an urgent need to transform a system that is part of the self-destruction regime. This is also a particular manifestation of the typical "allergy to any final and never-to-be-changed order," as Jean Baudrillard put it. Mearsheimer echoes him, claiming that because of his unipolarity, the "liberal world order" was doomed to failure, being "fatal" at his birth.

Talk about "liberal world order" de facto replaces another discourse - the post-war international world order with the key role of the UN. At present, this order does not suit the USA or the West just because of the universal nature of its standards and requirements. It is multilateral diplomacy and pluralism of this international system, which is still valid, that causes allergies in Western capitals. For years they have been talking about a “rule-based order” but cannot explain it clearly.

The geopolitical games of the West cannot camouflage what was done in the name of “freedom and democracy” during the Cold War. Thus, the overthrow of the governments of Arbenz in Guatemala and Mosaddeq in Iran at the beginning of the 1950s crippled the internal development of these countries for years ahead. It is well known what accompanied the decolonization process, including the wars in Indochina, Algeria and Kenya, the assassination of Patrice Lumumba in Congo. As it happens, the decolonization is far from complete, as demonstrated by the situation with the Chagos Archipelago, which was torn away from Mauritius and whose population was expelled, so that the United States could create its own air base on the island of Diego Garcia. On February 25, 2019 the UN International Court of Justice required Britain to discontinue to rule the archipelago.

800 US bases around the world, not counting the bases of other Western powers, NATO’s military budget over 1 trillion dollars convincingly testify to the phantom-like nature  of the "liberal world order" as the rule of freedom which leads to global prosperity. This is nothing but a substitution of concepts, especially when they try to contrast the “liberal order” with an authoritarian one as the only alternative to Western dominance in contemporary world. The withdrawal from the arms control agreements and Washington’s threat of wearing out competitors in the arms race speak of an increase in military danger. This rhetoric is designed to help get away from talking on equal terms about how to ensure the continuity of global governance in a world that has changed dramatically since the end of the Cold War.

“Color revolutions” have become one of the most effective means used to destabilize the situation and instigate tension in regions across the globe. Such a policy has de facto led to the loss of time in assisting the development of many countries, including countries of the Middle East, when there were all the resources for this, including in the form of “world’s dividends” after the end of the Cold War. Now, western countries are confronted with development issues in ernest. No wonder then that the population of these countries is seeking a change of course too.

The ongoing "hyperliberal revolution", like all the others, seems to have exhausted itself at its outset in the company of Western countries themselves. This, first of all, concerns foreign policy, which throughout all these years, through “revolutions” and wars, violence and control, has been aggressive by nature, resorting to the use of cruel force.

One can only hope that enlightenment will descend on the ruling circles of Western countries and that they will yet again be able to appreciate the advantages of international rule of law, shared by all and therefore requiring consolidated effort, rather than imperial dictatorship.