“The National Interest”: “Everywhere else in the world the United States is staggering from a series of humiliating strategic defeats” 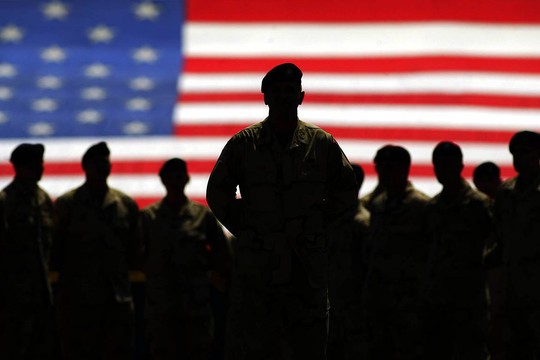 “The United States is in retreat, defeat, or stalemate everywhere, whether in the military arena or in the realm of trade and industrial production,” writes “The National Interest” in an article “American Grand Strategy: Disguising Decline“.

On a global level, the U.S. campaign to get other nations to sanction Russia to punish it for invading Ukraine has been a flop. A map of the countries that have sanctioned Russia includes the United States and Canada, Europe, Japan, South Korea, Australia, and New Zealand. Most countries in the rest of the world, including India, Mexico, and Brazil, along with most nations in Asia, Latin America, the Middle East, and Africa have refused to go along. In Cold War II, the nonaligned bloc is back.

While Congress votes to deliver arms to bleed Russia in a proxy war in Ukraine, everywhere else in the world the United States is staggering from a series of humiliating strategic defeats.

After two decades of fighting in Afghanistan, Washington abruptly abandoned it to the Taliban in a bug-out even more chaotic and embarrassing than the fall of South Vietnam.

In post-Saddam Iraq, the remaining U.S. presence is opposed by many Iraqis, and the Iraqi parliament recently passed a law punishing the normalization of ties with Israel with death or life imprisonment.

In Syria, Bashar al-Assad has survived Washington’s war to depose him.

The overthrow of Muammar el-Qaddafi in Libya by the United States and NATO has produced chaos and disintegration.

Remember Tahrir Square? The military is back in charge in Egypt. So much for George W. Bush’s global democratic revolution and Barack Obama’s Arab Spring.

America’s major great-power adversary is China. News that the United States is running short of Javelin and Stinger missiles to resupply Ukraine may confirm those in Beijing who think America is a paper tiger.

It is probably only a matter of time before China challenges the United States, Europe, and Japan in aerospace and automobiles as well.

Wherever we look, then, we see the United States in retreat or in defeat or in stalemate, whether in the military arena or in the realm of trade and industrial production.

The United States is a declining force in global commerce and global diplomacy, but in its remaining North American and European spheres of influence, it can still play the hegemon and relive the glories of the past, concludes “The National Interest”.