“The National Interest”: Has Russia Won Over the Rest of the World? 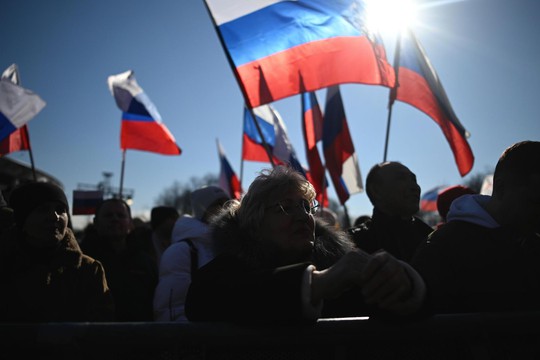 “Is Russia’s invasion of Ukraine reshaping the global order?” “The National Interest” puts this question in a new article. Outside of the West, criticism of Russia is far more subdued, confirming Putin’s much-vaunted pivot to the East and Russian diplomacy in the Global South, - writes the magazine.

In the short term, at least, the war has convinced Europeans of Russia’s aggressive intentions toward its neighbors, strengthened NATO unity (with Finland and Sweden applying for membership), and generated renewed support for defending democracy (at least in the West).

Among the Rest, however, criticism of Russia is far more subdued, confirming Putin’s much-vaunted pivot to the East and Russian diplomacy in the Global South. Asia in particular presents a more welcoming environment, and this is accelerating Russia’s turn toward the Asia-Pacific.

China is Moscow’s key strategic partner in the region. At their meeting prior to the start of the Beijing Olympics, Vladimir Putin and Xi Jinping declared that the Sino-Russian partnership was “without limits.” In their lengthy joint statement, the two condemned NATO expansion and criticized “certain states” that sought unilateral military advantages and undermined global security. Russia, in this reading, was justified in its security concerns.

Most Asian countries, like India, have avoided taking sides in the Indo-Pacific competition, even as Chinese aggressive moves in the Pacific cause alarm.

At the May Washington summit meeting of ASEAN leaders, Biden sought to convince his Southeast Asian counterparts of Washington’s commitment to addressing regional economic issues, climate change, and education. All ASEAN member states, except for Laos and Vietnam, had voted in the UN to condemn Russian aggression against Ukraine, but all are closely linked to China’s economy and see the United States as progressively less influential than China in trade and investment. ASEAN’s long standing principles of neutrality and openness to various forms of governance explain participation in both China’s BRI and America’s IPEF. Indonesia, for example, is sending humanitarian assistance (but not arms) to Ukraine, and President Joko Widodo invited both Russia and Ukraine to the G 20 summit in Bali this November, rejecting the Biden administration’s request that Russia be excluded.

Will the Ukraine war accelerate the trend toward a world bifurcated into democratic and authoritarian camps?

President Biden seems intent on building a “community of democracies” committed to free and fair elections, respect for human rights, media freedom, and the rule of law. At his December 2021 Democracy Summit Biden asserted the United States would renew its democracy and lead by example and called for collective action to counter the decline of democracy, “the defining challenge of our time.” The threat is real.

Putin counted on winning the support of the Rest in his struggle against the West, and to a certain extent, he has succeeded.