The National Interest: “No one wants New York to be vaporized in a bid to reconquer Crimea” 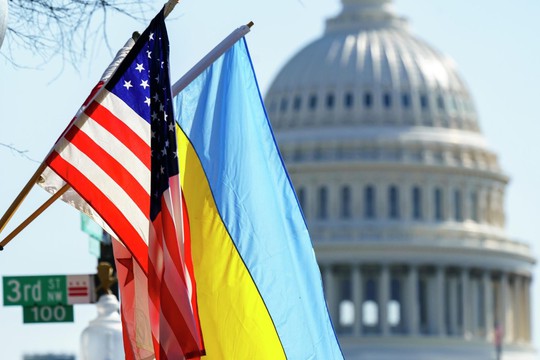 “No one wants New York to be vaporized in a bid to reconquer Crimea,” writes Sumantra Maitra, a national security fellow at the Center for the National Interest and an elected Associate Fellow at the Royal Historical Society.

“I’m a big fan of Ukraine, but not of WW3,” tweeted Elon Musk, who aided Ukraine with Starlink during the peak of the war, she continues. But as Ukraine’s war aims started to shift from defense to reconquest with the catastrophic risk of a nuclear war, Musk, like any sensible person with a functioning brain, was worried. No one wants New York to be vaporized in a bid to reconquer Crimea.

Ever since the war started, Ukrainians were given the impression that they are the West, that their struggle to the fullest extent is Western struggle, that they are quite simply a non-taxed state of the United States or a member of the European Union. Their bloodshed and war aims are ours, that they can expect every escalation and demand to be met, unconditionally.

In the name of that cause, they were given a practically unlimited supply of weapons and material and money. Their government and budget are practically run by U.S. taxpayers, even during a time of high inflation, with billions of dollars printed in foreign aid.

Elite opinions in the West have started to shift, both in the pages of the Washington Post and the New York Times. U.S. intelligence has leaked stories about Ukrainian war aims and secret attacks inside Moscow. Videos of Zelenskyy demanding preemptive nuclear strikes on Russia which will lead to a full-on nuclear exchange between the Washington and Moscow are all over the internet.

Ukraine is, of course, not the West, nor should one risk nuclear escalation for peripheral territories like Ukraine, or amorphous values like “democracy” which is at best virtue signaling and at worst a call for a Trotskyist global crusade and perpetual war.

Musk’s fundamental interest is the survival of the land he dwells in, in this case, the republic of the United States.

The same might not be said about some other influence peddlers, who would be more than happy to drag America to liberate their native lands, even at the risk of total ruination.

This distinction in motivation is important to understand, as the future of the republic depends on it, writes Sumantra Maitra, and she expresses the opinion of many sensible Americans.