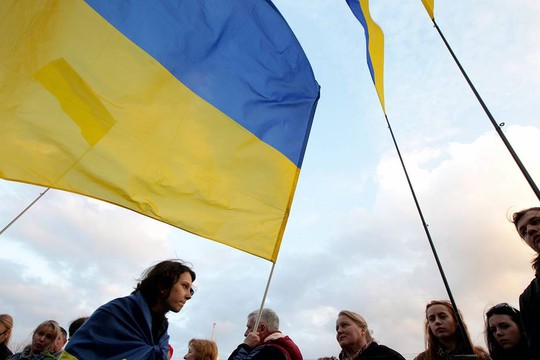 Somebody has to say it: the war in Ukraine does not materially affect the permanent national interests of the United States or the geopolitical landscape in which we advance those interests. This conclusion—for good or bad or anywhere in-between—shouldn’t significantly impact the future of U.S. foreign policy, writes “The National Interest” in an article “There Are No Core U.S. National Interests at Stake in Ukraine”.

The war may tug on our heartstrings for sure, stresses “The National Interest”, but it should not dissuade us from making the necessary changes to our grand strategy that position our country for long-run success, like our recent withdrawal from Afghanistan. These changes include increasing our focus on China as our most important strategic competitor, extricating ourselves from Europe and the Middle East, and emphasizing domestic renewal over ostensible altruism abroad.

The grave risks and the fact that Ukraine isn’t vital to U.S. security or prosperity, explain why the Biden administration has proceeded more cautiously than many primacists would like…

It might be different if Ukraine were Canada, the United Kingdom, or Japan in terms of relative importance to our safety and prosperity. But no amount of blue and yellow flag waving alters the geostrategic and geo-economic realities about Ukraine.

Realpolitik is undoubtedly an unpopular approach in many parts of the foreign policy establishment. But realists aim to realize the interests of Americans who have to pay the cost of our foreign policy choices rather than carry favor with elites shielded—or even benefitting—from risky, aggressive, and idealistic actions.

Thus, U.S. foreign policy should be headed towards the same place it should have before Russia launched its aggressive war against Ukraine: toward greater realism about the nature of the international system and more restraint in how we employ military power and the types of security commitments we make. Toward us being more skeptical of new security commitments and asking our current allies to do more for their own security.

Otherwise, we run the risk of fiddling abroad while burning at home.

American society is not anywhere close to healthy. We should focus our time, energy, and resources from domestic division and decay. Americans face increasing violent crime rates, historic “pernicious polarization,” and failing public institutions. Our culture is marked by an increasing penchant for a debilitating wokeness matched by a declining commitment to merit. Inflation punishes savers and erodes the earnings of those who can afford it least, - writes “The National Interest”.