The National Interest: US Goals in Ukraine 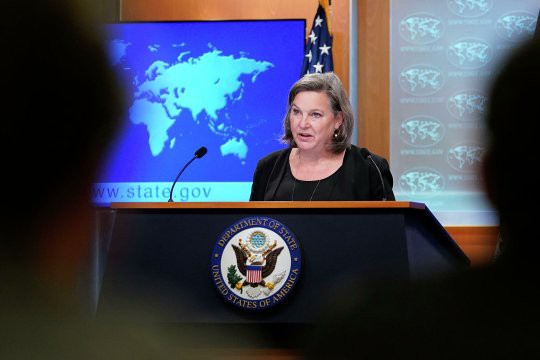 The United States does not understand its own security interests when it got into Ukraine? - The National Interest writes. The United States is making a mistake – they need stable relations with Russia but not a policy escalating the conflict. The author of this analytical article, international expert Brendan Flynn, professor at Wayne State University (Michigan), writes that the scale of America's obligations to other countries (including Ukraine) does not correspond to current American power. As a result new crises and decline of the United States itself will become inevitable. The key security interest for the United States is stable relations with Russia, however instead America provokes Moscow with its desire to turn Ukraine into a stronghold of the West on the Russian boarders.

The inclusion of Ukraine in Western institutions could be part of a large process at the turn of the XX and XXI centuries, when China, the countries of the Middle East and Russia could join the United States and the West resulting in a "universal democratic world" under the leadership of Washington. It is precisely this vision that appeared in the United States as a result of a misinterpretation of the lessons of victory in the Cold War that turned out to be erroneous, and is now the cause of America's wrong policy in Ukraine. The consequence of Washington's misunderstanding of its own national interests is that the United States has been conducting an "interventionist policy" around the world for 30 years and now this leads it to disastrous results in Ukraine. If the United States had viewed its interests in Ukraine from the perspective of Russian-American relations but not from the standpoint of "expanding democracy" in the world this crisis could have been avoided.

Instead of contributing to the formation of a more stable, secure and prosperous world the revisionist policy of the United States based on liberal ideology has had the opposite effect. As a result, permanent chaos reigns in the Middle East, the Taliban once again rules in Afghanistan, and Iran is strengthening. Now Ukraine… These are all strategic mistakes of the United States which will result in serious large-scale consequences for America.

Therefore, now - writes The National Interest - the United States needs to do everything possible to limit the scale of the disaster. Moreover, the Americans have no economic interests in Ukraine – but only the vector of anti-Russian policy.

This cannot even be compared with the interests of the United States in Afghanistan, where the American occupation made it possible to plunder the country and withdraw lithium from there – the mineral in great demand in the industry. Do you want to know why we are still stuck in Afghanistan? - American publicist Jesse Ventura asked the question a couple of years ago in the program "Tonight with Piers Morgan", when he explained the reasons for the US invasion of Afghanistan. We went there to get lithium… - he said - and now you can tell me fables that we are there to bring democracy to the world.

In Ukraine the United States does not even have such an interest. Only – the policy of confrontation with Russia - what could end badly for Washington.