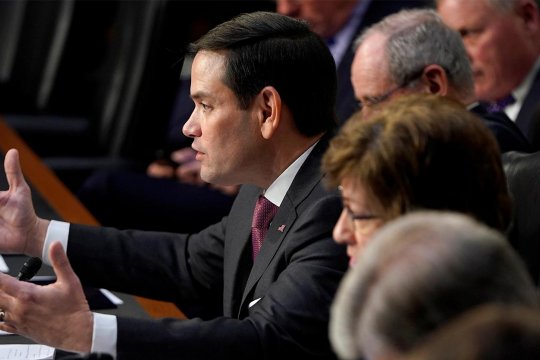 The completion of the investigation by Special Counsel Robert Mueller has reshaped the contours of the political debate in the US. Republicans are arguing that Democrats portrayed US President Donald Trump’s ties to Russia as a fait accompli, even before the investigation was over, in an effort to discredit the US leader [1]. Now they are counterattacking, using the results of the investigation against Democrats. They will be able to start the 2020 campaign in an offensive rather than defensive posture, having lifted the toxic cloud of “collusion with Russia” that was obscuring advantageous domestic issues.

However, Russia and Russian-US relations are unlikely to become any easier. The issue of “election interference” will remain salient, though some fatigue has already set in. Most likely, its prominence will abate in the US political conversation, though it will remain on the international agenda. It will also remain tethered to US sanctions on Russia, and sanctions will continue to be viewed as a means of deterring Moscow. In general, taking a hard line on Russia is a winning play for congressmen from both parties. It is essentially a failsafe way to gain political capital, which is why all manner of legislation imposing sanctions, deterring and punishing Moscow is always being introduced.

Two of the most serious bills were submitted by Republicans. Last February Senator Lindsey Graham came out with a new version of the DASKA bill (Defending American Security from Kremlin Aggression), while Senator Marco Rubio is expected to reintroduce an updated version of the DETER bill (Defending Elections from Threats by Establishing Red-Lines Act). Despite the abundance of other initiatives on Russia (more than 60 since the start of this year), DASKA and DETER are the most extensive. DASKA combines several issues (from Ukraine and chemical weapons to “interference” and human rights), whereas DETER is focused on interference. DETER has fewer chances to succeed precisely because of its narrow focus, but it may have some language that finds its way into other bills.

The updated version of DETER defines “interference” in an interesting way. In earlier documents it was vaguer. It was interpreted very broadly – from hacking to foreign media broadcasting. The new version is more specific. Interference is defined as breaking into election infrastructure, preventing it from functioning properly or making changes to it, as well as making public various kinds of data. It also covers the illegal funding of election campaigns and the use of traditional and social media to wage information campaigns if done so anonymously, i.e. without revealing the fact that foreigners were the source of information. However, statements by foreigners on US elections are not considered interference if they are made in public and on one’s own behalf. The activities of foreign media are not considered interference either, provided they do not conceal their ownership structure. The very attempt to clearly define the notion of interference may be considered a step forward. At any rate, it excludes entirely normal, typical forms of political communication.

DETER sets a number of requirements on the executive branch to report election interference, implying that a set of sanctions and restrictions are to be used in the event of interference. In fact, such measures were introduced in the executive branch some time ago. In September 2018 Trump signed Executive Order 13848 entitled “Imposing Certain Sanctions in the Event of Foreign Interference in a United States Election.” [2] The document mandates that the intelligence community determine that interference took place and that the Department of Treasury and other relevant agencies apply sanctions. It provides for both individual and sectoral sanctions. In other words, the US president has long been taking measures on this front. The proposals of Congress are intended more to “catch up” with him, which is normal for US sanctions policy and in no way belittles the importance and potential consequences of the proposed legislation.

DETER is more nuanced and focused on Russia as compared with Trump’s September executive order, but the actual proposals in the current bill are still muddled. It reintroduces the usual set of measures that are mostly retreads from other bills. They include updating the Kremlin list and looking into the incomes of the Russian president and his allies, as well as imposing sanctions on major Russian banks. What sets it apart is the ban on these banks opening correspondent accounts in the US. This proposal tracks with the March decision of the US Department of Treasury to compile a new blacklist – CAPTA List – that is not identical to SDN but limits the opening and use of correspondent accounts [3]. The bill also imposes restrictions on investment in the Russian energy sector (however, they are less tough than those of DASKA). The bill also imposes sanctions on the defense sector, intelligence agencies (that already exist de facto), and the Russian sovereign debt. It also blocks property rights and introduces visa restrictions on high-ranking Russians (the US executive branch has long used such sanctions against Russia). Notably, the drafters of the bill noted that these sanctions are reversible. If there is no interference during one election cycle, the president may suspend sanctions.

However, the broader conceptual problem with the legislation lies in the fact that the causal link between defending against hacking and hitting back at banks or investigating the incomes of Russian officials is, at the very least, far from clear. First, the attempts of foreign intelligence to seek and publish information on officials may be perceived as interference by Russia, setting off the same cycle of action and reaction. In other words, instead of deterrence, such measures may only trigger escalation. Second, the idea of punishing Russian banks for suspected interference is strange since they have nothing to do with politics. It would be understandable if the aim was to curb money laundering but in this respect the leading Russian banks have long been a model of countering financial crime and their commitment to international standards in this area is stronger than some of their Western counterparts. They have long been established, constructive players in the world financial system. The same applies to major Russian energy companies that have followed global rules for a long time as established players. Hurting them will also hurt the international system without doing anything to combat interference.

Therefore, leaving aside the ideological aspects of DETER, it is clear that the bill’s practical impact is dubious even compared with the actions of the US executive branch.

It is noteworthy that there are some constructive efforts among the many recent initiatives on Russia. For example, last March Democratic Senator Robert Menendez introduced a bill that calls for the extension of the New START Treaty for another five years [4]. His legislation may strengthen the voices in the government that favor dialogue with Moscow on strategic stability, and slow down the erosion of nuclear arms control. But that is a different story.

1. See, for example, H.Res. 306. Expressing the sense of the House of Representatives that Congressman Adam Schiff should be removed from the Permanent Select Committee on Intelligence of the House and that the security clearance should be revoked immediately. in https://www.congress.gov/bill/116th-congress/house-resolution/306/text?q=%7B%22search%22%3A%5B%22russia%22%5D%7D&r=1&s=2

4 A Bill to establish as United States policy that, pending confirmation of Russian Federations’ continued compliance with the New START Treaty, the United States should extend the Treaty through 2026. in https://www.congress.gov/bill/116th-congress/senate-bill/845/text?q=%7B%22search%22%3A%5B%22russia%22%5D%7D&r=13&s=1