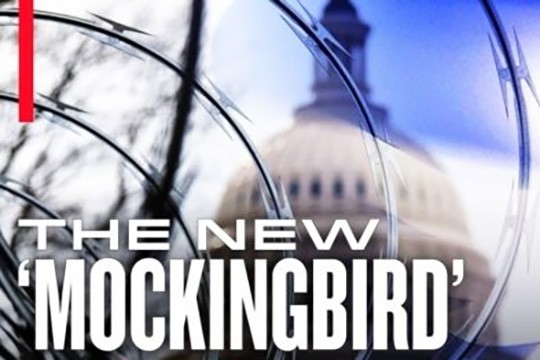 Yes, President Joe Biden calls this the “decisive decade”. Yet the label scarcely captures the moment—the start of a post-post-cold-war epoch in which the American-shaped World Order may be violently undone by Russia and China, writes “The Economist”.

Russia, though, represents only the “acute” problem, as America sees things. The greater threat to the world order — what the Pentagon calls its “pacing” challenge — comes from China, the only country with the potential to dethrone America as the world’s pre-eminent power. China’s armed forces are expanding rapidly. It already has the largest Navy in the world, the third-largest Air Force, a thick array of missiles and the means to wage war in space and cyberspace.

What if the friendship “with no limits” between Russia and China turns into an actual alliance?

Right now there is little evidence of China helping Russia’s war. But the Eurasian autocracies regularly hold military exercises, and some senior American officials think the two are bound to draw closer. As China builds up its nuclear arsenal to perhaps 1,500 warheads by 2035 — approaching the size of the American and Russian arsenals — the United States will have to learn the novel art of three-way nuclear deterrence.

That, in turn, may lead to a new arms race, particularly if the New START treaty, which limits American and Russian nukes, expires in early 2026 without a follow-on accord.

The transformation is taking place at a time when America’s relative weight in the global economy has declined. Over the past century America’s GDP has been much greater than that of its rivals — Germany and Japan in the Second World War, the Soviet Union and China in the cold war. These days, though, China’s GDP is not far behind America’s (and already exceeds it when measured at purchasing-power parity). American defence spending, though gargantuan in absolute terms, has been close to historical lows as a share of GDP. That is starting to change, after Congress voted on December 23rd to approve an increase in defence spending substantially larger than Mr. Biden had requested.

As for the wider world, America and its allies have mustered a succession of ‘lop-sided votes’ denouncing Russia at the UN General Assembly. Yet support for the West in the Global South is fragile. Many countries regard themselves as victims of a faraway war in Europe which has increased fuel and food prices, and diverted international attention from other crises. Moreover, they do not want to be caught in the middle of a ‘cold war’ between America and China.

Mr. Biden has toned down his early effort to divide the world into democracies and autocracies. He has hosted a succession of large regional summits, not least with leaders from Asia, Pacific islands, Latin America and Africa.

The big hole in his strategy is the lack of an appealing economic and trade policy to bind allies and friends closer together.

Indeed, Mr. Biden’s “foreign policy for the middle class” features much protectionism and industrial policy. Recent measures include subsidies for green technology and semiconductors, and restrictions on China’s access to advanced chips.

These policies are causing tension with European and Asian allies by limiting access to the American market, restricting exports to China and diverting investment. The European Union may respond by subsidising its own green-tech and semiconductor industries.

The other enduring worry is about democracy in the West — particularly in America, nearly two years after a pro-Trump mob stormed the Capitol. America appears to be moving away from Mr. Trump and his fellow election-deniers, but its politics remain intensely polarised.

The health of America’s democracy is essential to its ability to attract friends and assert leadership. Mr. Sullivan – Mr. Biden’s national-security adviser – said, “the rest of the world is looking at the state of American democracy and saying: ‘What does this tell us about America’s staying power on the international stage?’”

…They already understand in America that this country can no longer serve ‘an absolute authority’ for many countries of the world. And that’s probably the biggest question and difficulty for the American leadership, which manifest the next ten years ‘a decisive decade’, as Biden said.