The New York Times: Putin is making gains while the U.S. and its allies struggle with soaring energy prices and inflation 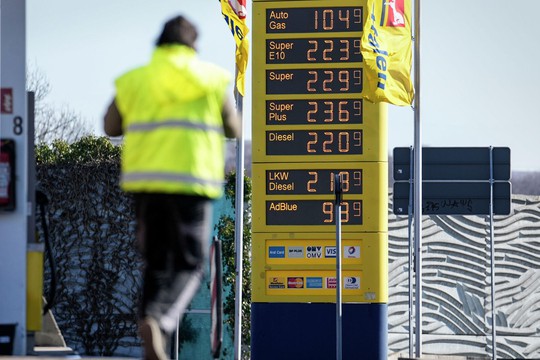 U.S.-led alliance faces frustration and pain of its own, over Russia sanctions, writes The New York Times in an article. Vladimir V. Putin is making gains in his war on Ukraine while the United States and its allies struggle with soaring energy prices and inflation.

Four months into the war in Ukraine, the countries aligned against Russia face growing economic pain even as sanctions and energy embargoes are showing little impact on Russian President Vladimir V. Putin’s military campaign or his political standing at home, says The New York Times.

U.S. officials vowed that Russia’s financial system would be battered if it attacked Ukraine, and President Biden boasted in March that sanctions were “crushing the Russian economy” and that “the ruble is reduced to rubble.” But Russian oil revenues have set records as crude prices surge. And after plunging in February, the ruble hit a seven-year high against the dollar this week. Despite Biden’s officials initially presented the threat of “massive” economic penalties as a means of deterring Mr. Putin from invading.

Now Mr. Biden is bracing for midterm elections this fall in which Republicans are likely to capitalize on the rising cost of living. Summer’s end will also bring cooler temperatures to Europe amid rising alarms that Moscow is choking off natural gas supplies.

Part of the problem, said Andrew Weiss, a longtime Russia expert and vice president for studies at the Carnegie Endowment for International Peace, is that the economies of the Western countries are more exposed than their governments had anticipated.

“Like all battle plans, the original trans-Atlantic blueprint for imposing severe and crippling sanctions on Russia collided with reality after the war actually began, and Western leaders were stampeded into doing things that they didn’t originally plan for or want to do — namely impose sanctions on Russia’s oil and gas sector,” Mr. Weiss said.

“We were deliberate to direct the pain of our sanctions toward the Russian economy, not ours,” said Daleep Singh, the recent White House deputy national security adviser on international economics. “None of our measures are designed to disrupt the flow of energy to global markets.” But they are…