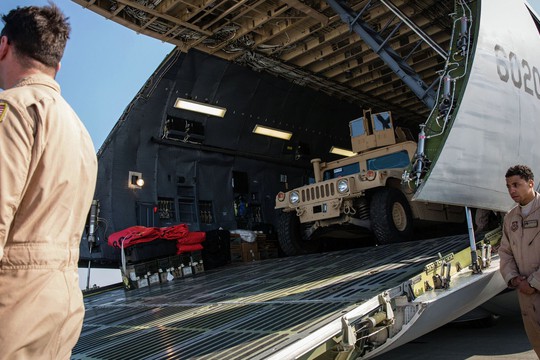 The Pentagon began to doubt what weapons can and should be supplied to Ukraine. “The Politico” writes about this case in an article “A huge lag time’: DoD struggles to rush cutting-edge tech to Ukraine. “Successes occur by exception, not by rule,” one DoD official said”. It seems that in the United States there is a reassessment of the situation around Ukraine.

“The Politico” says: “Thousands of American-made weapons are flowing into Ukraine, but the Pentagon’s acquisition system is still not pivoting quickly enough to get the latest commercial gear to the front lines, according to defense industry executives, lobbyists and some of the Pentagon’s own technologists”.

In the article, there are some revealing confessions.

“Yet even as traditional defense weaponry — missiles, vehicles, ammunition — continue to arrive in Ukraine, there is growing frustration that the process of sending emerging technology is not moving at the “speed of war” that Defense Secretary Lloyd Austin has said is necessary to help Ukraine fight Russia”.

POLITICO spoke to industry officials and lobbyists who said Pentagon is sending mixed messages about the level of urgency in providing the Ukrainians with cutting-edge technologies. All asked for anonymity in order to speak freely. They complained they are struggling to interface with a military aid process that is still too lumbering and bureaucratic. Even the Pentagon’s flagship effort to identify the most promising commercial gear is not keeping pace with the battle, they say.

The Defense Logistics Agency released a request for information on April, 22 asking industry for their ideas on weapons systems or commercial capabilities that could help the war effort. The Pentagon canvassed industry on how quickly companies could send a product to Ukraine — 30 days or less; under 90 days; less than 180 days; or more than 180 days. Companies were also asked to describe in fewer than 100 words their product and why it would be effective in Ukraine.

Instead of going through Department of Defense (DoD), one lobbyist was advised by Capitol Hill staff to turn to Congress via standard defense appropriations to seek funding on behalf of clients who may have commercial solutions for the war in Ukraine. It’s not a speedy process, but it’s a bit more predictable, this person said. The lack of guidance from the government leaves many asking, “Where’s the money going?” the lobbyist added.

The Pentagon is reluctant to send technology to Ukraine that’s not been “proven,” which means they haven’t been used by U.S. forces or lack proper testing or training manuals, a second industry executive said. Specifically, this person said, the U.S. is hesitant to send tech that DoD has not developed operational training manuals for or that has not gone through military testing.

“Systems that require significant training — or don’t have training packages developed — are more challenging,” he said. “Similarly, the intensity of this fight creates significant maintenance challenges, especially for systems that have not been ruggedized for combat.”

Ultimately, though, “an even greater challenge” is making those lessons stick well beyond Ukraine. “Our policies and budgets need to evolve to be as agile as the commercial technology that we wish to use,” say Defense Innovation Unit (DIU) Director Michael Brown accused Pentagon leaders of “benign neglect” for not moving aggressively enough to incorporate commercially available technologies into the acquisition process. “We need to figure out how to follow the commercial market in a rapid way. We’re doing that in a slow way,” he told POLITICO.