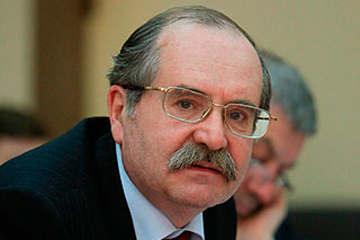 President Putin having toured four Latin American countries almost a month ago, the visits appear to stay on the top lines of the international agenda as, at the moment, Russia is sealing agricultural supply deals with Latin America to neutralize the West's “collective” sanctions and takes steps to generally boost the cooperation with the region. The Russian president's talks in Cuba, Nicaragua, Argentine, and Brazil reflect an initiative of unprecedented intensity that Moscow is launching to achieve deeper engagement with the region.

Chinese leader Xi Jinping went to several Latin American countries shortly thereafter, and Japanese premier Shinzo Abe held talks in Mexico, Trinidad and Tobago, Columbia, Chile and Brazil. US President Barack Obama, it must be noted, toured Central America briskly somewhat earlier. Overall, it is clear that the popularity of Latin America is rising globally, and the impression is that Russia faces increasingly tough competition in the region. We discuss the parameters of the situation with director of the Institute of Latin America of the Russian Academy of Science Vladimir Davydov.

Dr. Davydov, what is your perspective on all of these visits?

First of all, it is fair to say that Putin's July series of visits was unprecedented in many regards and pursued an exceptionally ambitious agenda. It was a six-day, four-countries tour during which the Russian president also attended the BRICS summit, had an outreach meeting with the leaders of all South American countries and held bilateral negotiations with a few of them, and, adding a finishing touch to the picture, took part in the FIFA ceremony as Russia took over as the host of the 2018 soccer World Cup. Considering the dire international-relations background created by the West's escalating the Ukrainian problem to the point of a de facto confrontation with Russia, the way Putin was received in Latin America was a clear demonstration of support for Russia.

A lot was accomplished during the tour. Many of the deals penned  in the process show that Russia and its Latin American partners are looking beyond the ordinary commodities trade and take real steps towards jointly implementing serious investment, infrastructural, and engineering projects. In this context, Russia will take the role of the key supplier of technologies and knowledge.

I am convinced that Putin's visit really helped to boost trust in Russia across Latin America. Our partners saw that Moscow intends to diversify its economic relations, Latin America being at the focus of the activity. Russia's global rating – along with its self-esteem, importantly – went up as a result of the interactions.

What can you say about the Chinese and Japanese leaders' visits to Latin America?

Notably, Xi Jinping's visit was mainly political in character, while Shinzo Abe traveled with a team of around 70 business people whose main interest lied in the export of products and technologies to the region.  In other words, the Japanese approach to the region is distinctly pragmatic. For China, the countries Xi Jinping chose to visit – Brazil, Argentine, Venezuela, and Cuba – are strategic partners, and, as a wider trend, Beijing is steadily reinforcing all kinds of ties with the countries of Latin America and the Caribbean. China's trade volume in the region, on the other hand, exceeds Russia's by a factor of magnitude and is growing steadily. It used to be in the $7-8b bracket  in the early 2000ies but reached a hefty $159b by 2009, now inching towards the $200b mark. Moreover, China pours ample investments in Latin America, the total being about to double compared to around $30b recorded in 2008-2009, as Chinese companies plan to start constructing a canal via Nicaragua. The project is currently estimated at $40b. Within a narrower strategy, Japan, in the meantime, is traditionally making efforts to expand its export to Latin America.

Dr. Davydov, I have a delicate question – can Russia avoid intense rivalry with its friends – China and others -  in Latin America, the continent where everybody hopes to gain stronger positions. Expectations creep in that, under the circumstances, some amount of behind-the-scenes struggle over contracts is imminent. Spain, the US, and China are traditional players on the continent, and Russia is at a relatively early phase of its comeback, though Putin's recent visit surely instills optimism.

It is true that competition in the region is getting tighter as we step in, but this should not be a great problem. We should optimize our strategy of filtering the cooperation options, and must start working with Latin America with ever greater energy and, on top of that, provide for better quality of what we do. It is a given that China, Japan, Spain, the US, etc. are digging in on the continent, but the conclusion must be that we simply can't afford to waste time. Let us leave it to others to complain about competition, we should roll up the sleeves and do the job. The good thing about competition is that it keeps you running, unless we are ready to blow the opportunities that arise. The Russian president has paid a very meaningful visit to the continent, and now it is time to put designs into practice. We have agreements in the telecom sector, the GLONASS deal with all of its strategic repercussions is on the table, we offer high-tech, copters, and so on. Partners in Latin America are keenly interested in Russian helicopters, for example. Russia has practically relocated the helicopter-assembling enterprise from Ukraine, where the crisis is raging, to the vicinity of St. Petersburg, though it is an open secret that some bumps down the road  are likely in the arms export sector in the coming couple of years, since the standoff with the West over the civil war in Ukraine takes a toll on the Russian economy. Giving in to worries is not the right response when challenges mount. Solutions should be formulated in the circle of partners, in concert with China, Brazil, India, and South Africa. These are the countries with which Moscow should achieve synergy, infusing it with Russia's specific strengths.

What, in your view, are the main points we have at the bottomline of the BRICS summit?

It was symbolic that the summit convened in Latin America and it could not be overlooked that that its decisions were formulated against the backdrop of a major chill in international politics. Nor did it go unnoticed that our partners fully signaled their awareness the motivations behind the hostility of the US and its allies towards Russia and of the pertinent costs. Crucially, BRICS enables Russia and Latin American countries to diversify away from some centers of international trade by tapping into the dynamic markets of China, Brazil, India, and South Africa. The group members reaffirmed their readiness to handle practical tasks. The New Development Bank was established to serve as the BRICS financial backbone and as a contingency fund propping up the individual member-country currencies, while the BRICS group pledged further actions to expand the share of those in internal transactions. BRICS leaders met with their UNASUR (The Union of South American Nations) colleagues, and the talks highlighted the vast coincidence of political positions on both sides and their openness to cooperation on the world stage. By the way, Putin cited BRICS and LATIN America – Positioning and Interactions, a Spanish-language paper released by the Institute of Latin America, which I chair, when he talked to the UNASUR leaders. We posted the paper at the International Affairs portal ahead of the BRICS summit, and I would like to thank the journal for helping us interface with the audience.

I suppose we need not discuss the US President's June tour of Mexico and Central America...

There really is not much to say about it. It is known that Obama discussed migration issues at a meeting with the leaders of Guatemala, Honduras, and El Salvador in the course of what sounded as an “imperial”-style dialog. The US President warned that underage migrants from Central America, if caught crossing into the US, would be returned to their home countries, $2b to $4b being requested from the US Congress for the purpose. Still, the media assert that fighting poverty in Central America ranks high  on Obama's priorities list, and that he expressed compassion for the kids involved in migration. In other words, preventing it must be a form of sparing children the accompanying stress.

Dr. Davydov, I have a question about Cuba. The country is our old friend and traditional ally in Latin America. Obviously, Putin's visit to Havana gave Russia's relations with Cuba a fresh start. How will they evolve from this point?

Russia has deleted Cuba's debt burden, allowing for greater financial maneuverability in our current economic interactions. To be honest with you, I am somewhat skeptical about the nearest future. I suppose that the activity – on our side, not only in Cuba – will have modest proportions. No doubt, there is more certainty now, and things are getting more practical. It became easier to launch joint projects and to invest. On the other hand, we need to be highly selective in assessing business opportunities. In my view, creating a logistics hub in Cuba, with airports and seaports, is a completely viable idea with a big promise. With the hub up and running, Cuba would emerge as a major intersection of transit routes attracting plenty of business in the Caribbean.  We could benefit from engaging with Cuba in the pharmaceutical sector, where the country has  accomplishments and original products half-way to the market, and in medical tourism. Moscow should admit Cuban medications to the Russian domestic market. We should, on the whole, re-examine the spectrum of our potential cooperation with our Cuban friends. I think it was an important gesture when Putin, while in Cuba, promised that Russia would assist the country in surviving the economic sanctions slapped on it.

In general, what is the future of our cooperation with Latin America?

Russia should make maximal efforts, in politics and diplomacy as well as on the economic and all other fronts, to cultivate, energize and stabilize its relations with Latin America. This should not be seen as a suggestion based on any particular political vision, the approach is dictated by the logic which stems from the objective reality of the present-day international relations and from Russia's own needs.

Dr. Davydov, thank you for the interesting conversation.