The price of slavery. Descendants of former US slaves eligible to compensation? 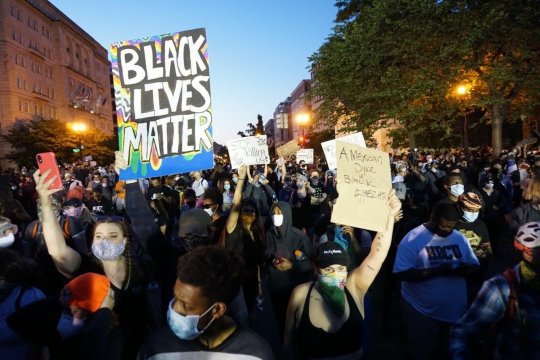 According to USA Today, the state of California has enacted a law which “provides for setting up a focus group to look into the possibility of paying reparations to slave descendants”. In the estimates of the edition, California will become the first US state to examine the issue on the official level. The 9-member group, which will consist of local MPs, will “work out recommendations as to how and in what volume the payments will be made and who will be eligible to receive them”[i].

As USA Today writes, even though the law was adopted at the peak of protests that swept through the United States against racism and police violence, preparatory work on the document began “much earlier”. Meanwhile, it was protests that erupted following the death of African American George Floyd that yet again drew the attention of the American society to racial discrimination and measures to be taken to overcome its consequences, including compensations to slave descendants.

It was after the death of Floyd that leaders of a number of states and cities across America called for a need to address the long-term consequences of slave ownership which continue to affect the US society. A few cities across the US have promised “various forms of reparations” for African Americans, such as boosting funding for the development of poor African-American neighborhoods. The legislative assemblies of Texas, New York and Vermont “are considering” paying compensations.[ii]

Washington first raised the issue of paying such compensations in 1989, USA Today says. Back then they suggested passing a bill which would initiate the process of “looking into the issue”. The bill never saw light. The first hearings to this end were held on the Capitol Hill in 2019, following the  adoption of a new draft bill that envisaged the formation of a commission for the analysis and elaboration of proposals on compensations for Afro-Americans, which was put forward by Democrat Sheila Jackson Lee, a member of the House of Representatives from Texas. The bill is also known under the abbreviation H.R.40: it cites promises to provide every liberated slave with 40 acres of land, which was made by North Army General William Sherman in 1865 and was de facto annulled by President Andrew Johnson in the same year. However, H.R. 40 is not a ready-made road map, but just a proposal to “look into the issue” as to whether the US federal government has any commitments in relation  to slave descendants.

As USA Today acknowledges, although the Congress first extended official apologies for slavery as far back as in 2008,  H.R. 40 still has a large number of opponents. The idea was rejected by Republican majority leader in the Senate Mitch McConnel, whose ancestors owned slaves in Alabama. In the course of the 2019 hearings, the Senator said that he did not deem it “a good idea” to pay compensation “for something that happened 150 years ago” and “for what no one of those living now bear responsibility”. Significantly, some Afro-Americans who took part in the hearings spoke against compensations as well.  Writer and columnist Coleman Hughes pointed out that payments to slave descendants at the expense of all Americans could turn out to be “justice for the dead at the expense of justice for the living”.

As for the number of potential recipients of compensation and its possible size,  USA Today refers to estimates by two researchers from Duke University. In their joint work[iii], historian Kirsten Mullen and economist William Darity established that the upper threshold of the total compensation sum for years of slavery and racial segregation may amount to 13 trillion dollars. On condition that the right to receive compensation goes to all descendants of individuals who were used as slaves on the territory of the USA, the total number of potential recipients of compensations will be about 40 million people. (The total number of Afro-Americans is 45 million.) The amount of compensation per one recipient is estimated at 300-350 thousand dollars.

This amount was calculated to bridge the 10-year financial gap between the white and black households in the USA. According to a review of the financial status of American consumers which is held by the US Federal Reserve every three years, in 2019, despite a significant increase of the past decades, the median level of wealth of an Afro-American family was 85% lower against that of a white family. The income gap, the authors of the report say, is attributed to the low level of wealth that is handed over from generation to generation, and ownership or non-ownership of property. What hit the incomes of Afro-Americans particularly hard was the 2008 crisis, which many still found impossible to cope with by the end of 2019.

How probable is the scenario under which the issue of paying compensation to slave descendants can be put into practice? The United States  has two major precedents in which the government paid compensation to representatives of ethnic groups that suffered as a result of federal government activities. The issue was first raised at the end of the Second World War. In  1946 the Congress set up the Indian Claims Commission, which focused on the possibility of granting compensation to representatives of the Indian population who suffered as a result of numerous breaches of earlier treaties between Washington and Indian tribal leaders.

USA Today reports, citing historians Michael Lieder and Jake Page, that the Commission has considered the complaints from 176 tribes and ethnic groups amidst the indigenous population of America. “Compensation” sums for loss of lands and hunting grounds totalled 2500 to 35 million dollars. However, the average value of compensation per person did not exceed 1, 000 dollars. A significant improvement of the financial position of the indigenous people of America took place onky after they were given permission to organize gambling sites in areas of their compact living. In 1994 alone casino revenues in reservation areas reached 4 billioin dollars - 2.5 times more than the sum of all compnesations obtained by the Indians in the years of the Commission’s work.  In  1971 the same mechanism granted compensations worth 1 billioin dollars and the return of about 162 thousand square kilometers of land to the indigenous people of Alaska. In  1978 the Commission was dissolved.

The second precedent of mass payments occurred in the 1980s. In 1981 President Reagan signed Civil Liberties Act, under which Americans of Japanese descent received the right to compensation for their stay in internment camps in the years of the Second World War.  The Civil Liberties Act won the approval of the Congresss only in 1988, the Republicans voted against. Only individuals who were kept in the camps not o their own free will were eligible to 20,000 – dollar compensation.  In total,  82219 people received the money. According to retired high-ranking US officials, the Act was originally designed to exclude claims to compnesation from “descendants and heirs”.

In its other publications USA Today[iv] recounts of the precedents of payment of compensations for “past crimes” by governments across the globe. For instance, in 2013 the authorities of Вritain paid 31 million dollars to 5228 applicants from Kenya for abusive treatment, including placement in concentration camps, murders and rape, which were used against fighters for independence who participated in the Mau Mau rebellion in 1952-1963.

Iraq paid a 50 billion-dollar compensation to Kuwait for the destruction of oil fields in the course of the invasion and occupation of the country in 1990. Kuwaitis received compensation for loss of property and for being subjected to violence. In 2011 Columbia passed a Law on victims, under which 11 million people have the right to compensation for the sufferings and loss of property they sustained in the course of the war between government troops and the rebels. The experience of Germany is fairly controversial. Until recently, when facing claims for compensation from Namibia for mass killings of Namibians in the years of German colonial rule, Berlin announced readiness to assume only “moral responsibility”. However, Germany demonstrates a radically different approach when discussing compensation to the victims of the Nazis. More than 80 billion dollars have been paid to Holocaust vicimts alone since 1952. The  average amount of compensation totalled 100, 000. More than 6 billion dollars were paid to former camp prisoners, including those used as slave labor. In many cases, compensations go to the descendants of Nazi victims.

On the whole, not a single country has paid compensation to the descendants of people who suffered as a result of trade in African slaves.

From the political point of view, the issue of paying compensation to slave descendants is fairly controversial too. Such a large-scale problem, both from the social and financial viewpoints, requires a wide-ranging national consensus. But instead of this, present-day America is split as never before, since the times of the North-South War. Both leading parties are fiercely fighting for nearly every single elector.

This year, the moods and turnout among the dark-skinned electors may make all the difference at the ongoiong presidential elections. According to The Economist, end of September polls say the turnout among dark-skinned electors may exceed that of 2016 by 9 percent. Even despite the raging coronavirus epidemic. The overwhelming majority of Afro-Americans who are planning to take part in the elections intend to vote, if not “for Biden”, then categorically “against Trump”. Таким образом, Dark-skinned voters may thus become a decisive factor in case the incumbent president suffers a defeat.

Should we add to all this the negative for the Republicans results of elections to the Congress, the Republican party risks facing “existential crisis”. Meanwhile, Trump’s «racist and anti-immigrant views»[v] found response not only among the wide sections of Republican electorate, but, as became clear, among a large number of party activists. These trends are unlikely to reduce to zero in Reppublican party policies, even in case of a crushing defeat of the incumbent president. Therefore, the Repulicans are unlikely to make a radical move towards Afro-American voters within the next few years.

In turn, the Democratic Party, in case of a victory in the forthcoming elections, will have to work hard if it does not want to disappoint “black” America. As it happened many times before. However, the victory of a Democratic candidate will likely turn out to be of a value as such for Democratic supporters. As a result, Biden’s presidency may prove to be “weak and purposeless”, may drown in a conglomerate of domestic and foreign challenges America is faced with.

In the future, the most fierce struggle is supposed to break out between the Republicans and the Democrats for the undecided section of the electorate, which is mostly white so far.  The Democrats may “win over” the more moderate, well-off part of the white majority. Тhat is, the whites who were never slave owners but who, if the idea of “compensations” takes effect, will have to bear the brunt of the expenses. For this reason, no matter how loss-free the issue of “compensations” may look for slave descendants, its practical implementation may at best turn out to be much more symbolic than present-day Black Lives Matter activists expect it to be.  While what will carry the true “value” will not be the lives of black Americans but, as before, their votes at the elections.

[iii] "From Here to Equality: Reparations for Black Americans in the Twenty-First Century" – by Kirsten Mullen and William Darity, University of North Carolina Press, 2020.