The question is: whether democracy will survive in the United States? 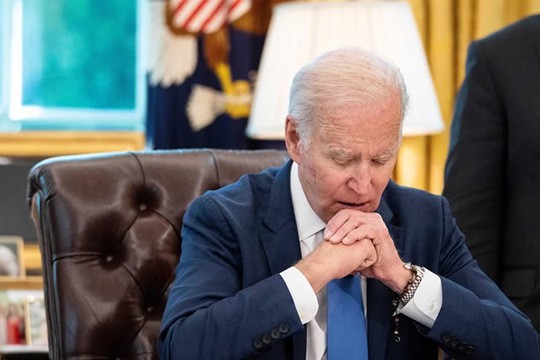 Historians privately warn Biden that America’s democracy is teetering, writes “The Washington Post” after a meeting which Biden held with historians at the White House. They compared the threat facing America to the pre-Civil War era and to pro-fascist movements before World War II in America. Sources familiar with the meeting told the outlet the experts described the current moment as among the most dangerous to democracy in modern history.

It became known that President Biden paused last week, during one of the busiest stretches of his presidency, for a nearly two-hour private history lesson from a group of academics who raised alarms about the dire condition of democracy at home and abroad.

The conversation during unfolded as a sort of Socratic dialogue between the commander in chief and a select group of scholars, who painted the current moment as among the most perilous in modern history for democratic governance. And White House spokesman Andrew Bates said the president “values hearing from a wide range of experts.”

One person familiar with the exchange said the conversation was mostly a way for Biden to hear and think about the larger context in which his tenure is unfolding. He did not make any major pronouncements or discuss his plans for the future.

Most of the experts in attendance have been outspoken in recent months about the threat they see to the American democratic project, after the attack on the Capitol on Jan. 6, the continued denial by some Republicans of the 2020 election results and the efforts of election deniers to seek state office.

Beschloss, a presidential historian has recently become more outspoken about what he sees as the need for Biden to battle anti-democratic forces in the country. “I think he has got to talk tonight about the fact that we are all in existential danger of having our democracy and democracies around the world destroyed,” - Beschloss said in March on MSNBC.

Wilentz, prizewinning author of “The Rise of American Democracy: Jefferson to Lincoln,” has also voiced alarm in recent months about the state of the country. “We’re on the verge of what Hamilton in ‘The Federalist’ called government by brute force,” - Wilentz told the Hill last month…

Democrats broadly expect the same ideas will anchor Biden’s reelection campaign, if he decides to move forward with one, especially if Trump is his opponent again.

…It is possible that this struggle for democracy in the United States will finally destroy this American democracy itself. Paradox…