The Reagan Institute poll: Americans are losing trust in the military 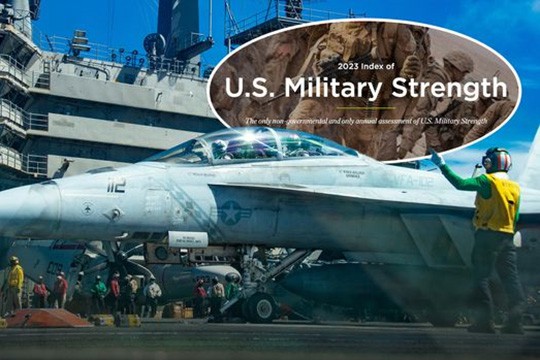 The current era is marked by fading trust in U.S. institutions, but confidence in one pillar has held up: the military. But now even that is eroding, and the question is whether the brass will get the message, writes “The Wall Street Journal”.

The Reagan Institute releases an annual survey of public attitudes on national defense, and this year only 48% reported having “a great deal of confidence” in the U.S. military in results first detailed here. That’s down from 70% in 2018, and within the margin error of last year’s 45%.

Some 52% also had reduced confidence in uniformed officers.

General Mark Milley’s speech to Congress last year that he wanted to understand “white rage,” in response to reasonable inquiries about whether cadets at West Point should be learning critical race theory, was a lapse in judgment. Many Americans think the military is no longer an institution that runs on excellence, merit and individual submission to a larger cause.

The Pentagon denies this is a problem, but it surely is if half the public believes it.

Americans on the left have their own reasons for declining confidence in the military: 46% cited right-wing extremism, even though this scourge has been wildly overstated.

This drop in confidence comes at an ominous moment, as the public seems to know.

Some 75% in the Reagan survey viewed China as an enemy, up from 55% in 2018, and the percentage of those worried about Russia has doubled. Some 70% are concerned China might invade Taiwan within five years, and 61% support increasing the U.S. military’s Pacific footprint.