The restoration of Tehran-Riyadh relations 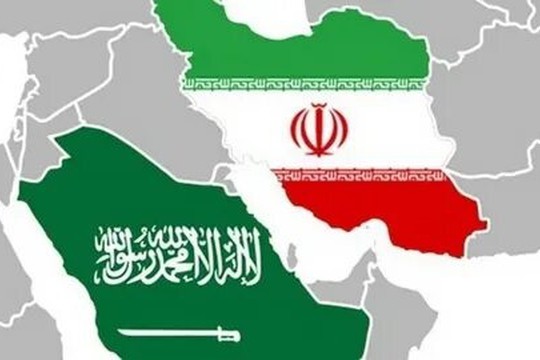 Seven years after Iran cut off its diplomatic relations with Saudi Arabia over Riyadh's execution of Shiite cleric Nimr al-Nimr, the restoration of Tehran-Riyadh relations may very well take place. The possibility of bilateral restoration of relations between the two west asian rivals is expected after Iran's foreign minister Hossein Amirabdollahian said that two sides are looking for ways to normalise relations between the two sides.

Amirabdollahian who is in Beirut said in a press conference that the reopening of the consular offices will enable the Iranian citizens who wish to go on pilgrimage trips to Mecca and Medina to benefit from their services, adding that both countries also agreed that negotiations to restore ties should continue.

The Iranian foreign minister added, “We believe if the other side will have a serious will, normalizing of relations will take place in very near future.”

In response to a question on Saudi Arabia’s role in recent unrests in Iran, he said, “Parallel with the political with the Saudis, security talks, too, were held and the issues will be surveyed by both sides.”

Iranian foreign minister Hossein Amir-Abdollahian has expressed hope that diplomatic ties between Tehran and Riyadh could be restored through dialogue.

Amir-Abdollahian told a news conference in the Lebanese capital, Beirut, on Friday that he hoped “diplomatic missions or embassies in Tehran and Riyadh will reopen within the framework of dialogue that should continue between the two countries”.

"There was an agreement in our points of view to continue with the Saudi-Iran dialogue in what would eventually normalise relations between the two countries," Amirabdollahian told a group of reporters in Beirut, while referring to the meeting with his Saudi counterpart in Jordan last month.

This was the highest level of interaction between Saudi Arabia and Iran since 2016.

"We welcome the restoration of normal relations between the Islamic Republic of Iran and the Kingdom of Saudi Arabia," Amirabdollahian said. The hope, he added, is that eventually "we reach (an agreement on) reopening diplomatic missions and embassies in Riyadh and Tehran."

The Saudi-Iran talks began in April 2021 with an aim for bilateral restoration of diplomatic relations. The talks, brokered by Iraq, were viewed as important given the long history of friction between the Shia and Sunni powerhouses respectively.

The Iran-Saudi Arabia proxy conflict, also referred as the Middle Eastern Cold War, is an ongoing struggle for influence in West Asia between Iran and Saudi Arabia. Riyadh sees itself as the leader of Islamic world due to presence of Islam's holiest sites in Saudi Arabia. This notion was challenged after 1979 Islamic revolution in Iran, following which the Shia-majority Iran began asserting its authority in West Asia.

Iran and Saudi Arabia back opposing sides in several conflicts in the Middle East region, including in Syria and Yemen, where Tehran has supported the Houthi rebels.

Since April 2021, Iraq has hosted five rounds of fence-mending meetings between the two sides, but the talks have stalled in recent months, and no meetings have been publicly announced since April 2022.