THE RISE OR FALL OF AMERICA'S WORLD HEGEMONY 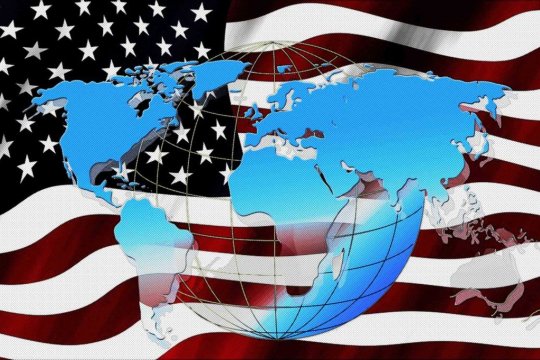 TODAY, the media all over the world, with Russia no exception, are discussing the sanctions Washington is steadily piling up on the countries and governments it finds unpalatable, its unprecedented pressure or even armed intervention being used all over the world to establish America's domination in the material and spiritual spheres.

What has happened to the great country and the great people respected by many across the world?

We should turn to prominent American scholars and intellectuals, who being fully aware of the real state of affairs from inside, analyze the history, theory and practice of the above developments in search for answers.

Recently, there appeared deliberations of two scholars of worldwide fame - linguist, thinker and public figure Noam Chomsky and economist Robert Pollin - who have scrupulously traced the evolution of the United States in economy, politics, social sphere, and culture.
In his recent interview, Chomsky drew attention to the revival and widening of the most negative features and trends of social life of the United States: racism, slavery, inequality, social subjugation and exploitation, etc.

Some scholars, George Frederickson among them, have demonstrated that the doctrines of "white race superiority" in the America of our days became even "more obvious, threatening and unbridled than the apartheid of South Africa." No wonder the history of racism in America is gradually acquiring theoretical garbs of justification of the United States' world domination, the favorite mantra of American leaders.

Under pressure of acute disagreements within the country, U.S. leaders have looked for causes of the far from favorable situation in the economy, the social sphere, the education, health care, culture, etc. and pointed an accusing finger at the "culprit" consistently identified as the Soviet Union and, later, Russia.

We all know that the United States promotes its health services as the best in the world. In fact, however, it is the most expensive but by far not the best. All attempts of American leaders, including President Barack Obama, to make health services accessible to common people invariably failed: the oligarchs that control the lion's share of America's wealth were and remain opposed to it.

Throughout the 20th century, the United States has not merely caught up with the highly developed European countries but, because of its special attention to the development of material production, industry and agriculture in the first place, outstripped these countries by the development rates and GDP volumes to become the world's strongest economic power. America achieved this thanks to its Anglo-Saxon understanding of the priority nature of economy as compared with all other forms of social development up to and including politics. It has become more or less clear that politics does not dominate economy - it is, rather, its pale shade. This means that the mysteries of the United States' development are hidden in economy and economic interests. This also means that without a detailed discussion of specifics of economic development of this great country it is impossible to correctly assess its politics and culture.

The earlier suppressed, intentionally or unintentionally, idea of the Leader has surfaced because of exacerbated internal contradictions in the American establishment that cropped up in the clashes between the Democrats and the Republicans. To quote Noam Chomsky, "Trump has pulled the cork out of the bottle and legitimized neo-Nazism, rabid white supremacy, misogyny and other pathologies." The Republican establishment won the race because it had promised to raise the standards of living of common people.

When Russia came to its senses, when it started defending its national interests and its sovereignty, the American leaders appointed Russia Enemy No. 1 on par with international terrorism. The ideological Russophobic campaign developed into an unprecedentedly wild and cynical crusade: America was piling heaps of unfounded accusations against Russia and its allies. Unashamed, it passed lies for the truth, the truth for lies, and law for lawlessness while lawlessness was raised to the level of law.

In one of his recent interviews, Chomsky pointed out that as a true representative of the Republican Party, Trump is more concerned about the interests of those who in fact elected him, that is, the richest layer of the American elite.

Chomsky has indicated that history knows no analogues of American policy as we know it today; no ruler of the past, even the most odious of them, be it Attila the Hun or even Hitler, never entertained a possibility of ensuring their mercenary interests by destroying mankind. Trump has no great ideas and, hence, no positive ideology. His aim is simple: to please the richest strata of the American elite.