The Role of BRICS and Russia for a Multipolar World 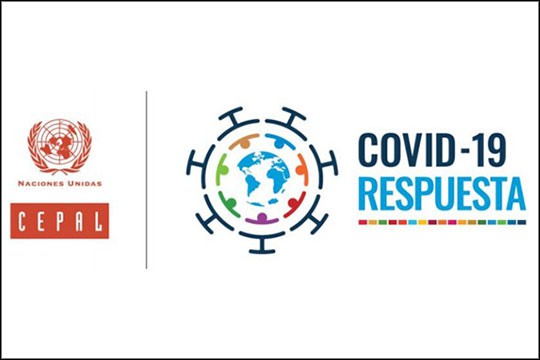 Geopolitics and international relations have undergone several transformations throughout the 20th century. One of the most important of these is the two major world wars and the post-war cold re-organization of the world.

The re-order of the world-system in the post-war period involved the “Pax Americana “and the creation of a world order linked to the United States, parallel to the rise of the USSR to the status of military and ideological power, disputing with the US the condition of hegemonic power, in a bipolarity that has vanished with the disintegration of the socialist ideological bloc. While the United States consolidated as hegemon, they had to deal with the end of their systemic cycle of accumulation and their consequent decline trajectory.

The first two decades of the 21st century marked the resurgence of other powers, with the reappearance of Russia and China: Russia recovering part of its sphere of influence in its surroundings, under the leadership of Vladimir Putin; and China consolidating itself as a global economic power, both of which play an important role on the geopolitical board.´

These countries took advantage of the gaps generated by another structural crisis of world capitalism, materialized in the financial crisis of 2008, the consequences of which have influenced the relative decline of the United States ability to impose its majority will on the world system, as it has since the end of the 2nd World War.

Based on the decline of US influence in recent decades, the emergence of important actors at the beginning of the 21st century and the questioning of their unilateral postures, the emergence of the BRICS represented a common multipolar and multilateral world perspective for tackling global problems.

Despite the disbelief of the central core of capitalism (EUA - Europe), the BRICS gained geopolitical projection of great importance at the beginning of the 21st century. The countries that participates up this power bloc own 26% of the territory, 42% of the population and 14% of the world’s GDP, as well as contributing more than 50% of the world’s GDP increase between 2005 and 2010.

For many Western analysts, the BRICS had no possibility of organizing a common agenda that would involve a large-scale articulation on the international stage. Such a prediction has not come true.

China and Russia, the two currently most powerful BRICS countries, face competition from the United States for areas of influence. The aggressive rhetoric of Washington and the economic measures against Beijing demonstrated the great concern of the Donald Trump administration with the development of the country’s economic and geopolitical in recent years. Despite the decline in its economic growth, Beijing has been increasing its economic influence in various parts of the world, either through the New Silk Road project or through its operations on the African continent, for example. In addition to its companies competing on an equal footing with Western companies (Huawei, for example), China has been taking advantage of the geopolitical and economic gaps created by the US in recent years to increase its influence.

On the other hand, Moscow has been suffering the impacts of a series of economic measures that seek to weaken its national project carried out by Vladimir Putin. This is with more emphasis since 2014, when Russia returned Crimea to its borders, faced with the possibility of a pro-Western government (NATO) in Ukraine and at the gates of its territory with clear objectives of creating "fragile spots" along its borders. Washington, for example, sees Moscow in recent years as a growing "threat" to American strategic interests. It’s worth remembering that Russia has never adopted an offensive stance against any country, except when its geopolitical security may be affected as in the case of the totally unnecessary NATO approach.

Russia has showed no "expansionists" or "imperialists" perspectives. On the contrary, Russia has defended in international forums the basic principles of diplomacy, against any form of unilateral actions.

Western media reports a reversal of intent by placing Russia as a belligerent country with expansionist aspirations. The historical facts show just the opposite. The Obama, Trump and now Joe Biden administrations aimed to prevent in every way the consolidation of Russian role of global protagonists in the construction of an environment without hegemony in the international system (geopolitical primacy).

As China and Russia are the main actors of the BRICS, the weakening of both in the geopolitical and strategic aspect (the actions of Washington and partners go in this direction) would represent the very decline of the bloc and its objectives of building a new global governance in a multipolar and multilateral world.

The BRICS consolidation since its foundation has gained shape, its economic initiatives such as the New Development Bank (NBD), which point to a still increasing intra-bloc and extra-bloc concertation. The so-called BRICS Bank can still accelerate the institutionalization of the group, which until then functioned more as a forum for discussions than as a formalized institution.

The creation of the NDB was seen by some analysts as a timely reflection on the changes in world power, while others accentuated the fact that the bank is yet another illustrative element of China’s global ambitions in terms of power projection. The creation of a possible competitor in offering financial resources on fairer bases than those offered by the IMF and/or World Bank would change the traditional monetary power centre set up since the end of WW II. As a consequence, the geopolitical center of power would be altered, accentuating the decline of the traditional core of capitalism. The consolidation of the NBD as a real alternative would be an important gain for the Sino-Russian geopolitical architecture of creating another geo-economic pole.

In a context in which the world’s economy is suffering immense upheavals because of Covid-19, causing a large number of infections and deaths and forcing the most diverse regions of the world to make drastic isolations of their populations, global international cooperation takes on new importance, as the most affected countries, such as Brazil, need financial assistance to deal with the crisis, the NBD has reappeared with a prominent role in this context of the pandemic, which offered the most advantageous prospects of financial support to face the crisis, among the development banks that Brazil resorted to. In addition to the foreign ministers of the BRICS countries, members of the bank have held virtual meetings to develop financial solutions in the fight against Covid-19.

In the first moment, the NBD provided, in April 2020, a credit line of U$ 1 billion for each country of the block. A further disbursement of US$ 10 billion is planned to be divided between Brazil, Russia, India, China and South Africa.

The BRICS moves between the expectations of reaching half of world GDP in 2030, as assumed by the most optimistic perspectives before the pandemic and the estimated decline of 5% of the GDP of the countries in the bloc in 2020, as pointed out by the Analytical Center of the Government of Russia. Taking into account that the statistics of the World Bank and the International Monetary Fund estimate about 5% of the fall of the World GDP for 2020, it can be assumed that the BRICS countries have not suffered great shock as a block, given the global scenario. China and India, in this sense, have good expectations of recovering their economy, compensating for the worse performance of Brazil, Russia and South Africa.

The Covid-19 pandemic is a further component in this geopolitical scenario in which the BRICS will have to demonstrate its ability to propose alternatives to the collapse of the world order, with a review of globalization, multilateralism, and the international trade regime.

Nowadays the BRICS is trying to establish itself as an alternative to the reordering of the world system. In this context of unforeseen circumstances, the BRICS has to deal with the demands for its affirmation as an institution and bloc of international power, as well as being subject to the systemic transformations engendered by the United States, which struggle to remain its hegemony.

In a scenario of uncertainties, the BRICS group, seeks to be an actor capable of proposing alternatives amid an order that collapses, facing the rearrangements of power in global geopolitics. The countries that make up the group, called emerging countries, will need to (re)emerge in the face of the Covid-19 pandemic and its correlated crises, another disruptive element in this geopolitical framework. The economic recovery capacity of the BRICS countries in relation to the rest of the world can foreshadow the future of the bloc.