The Saga of Kosovo 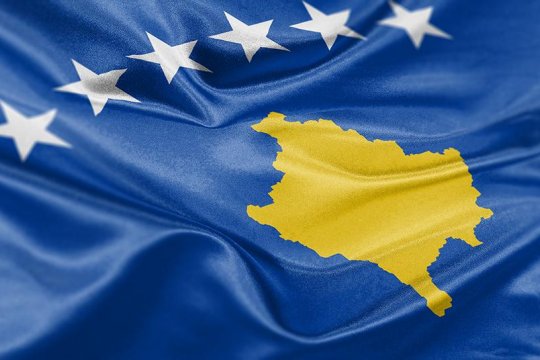 After Serbia has successfully lobbied on the general assembly of Interpol that self-proclaimed Republic of Kosovo does not become member in this organization, the Western Balkans is again heated up. Kosovo Prime Minister Ramush Haradinaj responded by increasing tariffs for 100% on goods from Serbia and Bosnia and Herzegovina. Despite the fact that Kosovo(UNMIK) is a signatory of Central European Free Trade Agreement, Haradinaj’s latest move caused a lukewarm reaction of the West. However, stability in the Balkans is mostly shaken by the decision to transform the Kosovo Security Forces into the Kosovo Army. This latest move by the Kosovo’s Government is yet another gross violation of UN Resolution 1244. The skepticism towards the formation of the military was also expressed by Russia, stressing that such a move undermines stability in the Balkans and that it is in contradiction with UN Security Council Resolution 1244, according to which on Kosovo only permitted international military force is KFOR.

The recent formation of the Kosovo Army has once again demonstrated the extent to which the Balkans is unstable. NATO Secretary-General Jens Stoltenberg has stated that the decision for the transition of the Kosovo Security Forces to Kosovo Armed Forces were made despite concerns expressed by the Alliance and that he ``regrets that decision``.

By transforming the army, Kosovo will increase the number of soldiers to 5,000 and will have 3,000 reservists. Kosovo will have free hands for the purchase of military weapons, from heavy-machine guns, through combat armored vehicles and various types of missile systems. Certainly, a helicopter component can be expected, with a small amount of armor and heavy artillery. Kosovo will most likely get modern antitank missile systems and man-portable air-defense systems, which is a treat to low-flying aircrafts, especially helicopters.

For the Kosovo Serbs, Kosovo Army is primarily a source of fear because of the 2004 pogrom, which essentially was an act of ethnic cleasing, according to Admiral Gregory G. Johnson, then commander of NATO forces in southern Europe. From 17 to 19 March 2004, a large number of Serbs and other non-Albanian population was expelled, their houses burned and Serb cultural and historical monuments were desecrated. It is estimated that more than 4,000 people were expelled from their homes across Kosovo, 28 people were killed, more than 900 people were beaten and severely injured, 19 monuments of the first category and 16 Orthodox churches were destroyed. Also, Albanians destroyed about 10,000 valuable frescoes, icons, and many other church relics, as well as data on births, marriages and deaths, which testify to the centuries-long duration of the Serbs in Kosovo. Serbs were ethnically cleansed from six towns and nine villages. The pogrom also showed that NATO did not want to protect Serbs in Kosovo.

Today, the main problem for the Serbian Government is that Kosovo Army will occupy north of Kosovo. Because of frequent tensions in Kosovo, Serbian Army is equipped with modern weapons and trained rapid reaction forces, known as project 1500. Also Serbian Army purchased 4 assault Mi-35M helicopters, 6 light transport and attack helicopters H145M and 3 transport Mi-17 helicopters. The aim is to protect the Serbs in northern Kosovo. With this equipment, Serbia will be able to quickly deploy smaller, light land forces to critical points of unrest. Basically, the Kosovo army today or in the future will not be able to confront with the Serbian army, which is the strongest armed forces in the Western Balkans. Army of Kosovo was made for blitzkrieg. The goal is to quickly invade the north of Kosovo, occupied it and then with the help of NATO not allow the Serbian Army to respond.

Regarding Kosovo everyone is dissatisfied. Kosovo Albanians were promised everything, and they got little. There is no membership in the United Nations or in the European Union. Unemployment, corruption and crime are high, which is one of reasons why there is no visa liberalization. Also, on Kosovo there is no significant investments. On the other hand, sponsors of an independent Kosovo are also dissatisfied. In Kosovo, for almost 20 years, Albanians have failed to create a law-governed state. The West has invested heavily in building Kosovo institutions, but the results are poor. Approximately 190 Kosovo Albanians are still in Syria and Iraq and are part of terrorist organizations, or have been arrested there, while a total of about 315 Kosovo Albanians fought for the Islamic state in Middle East. In the State Department report from 2017, it was noted growing threat of Islamic terrorism in Kosovo, and warned that Kosovo is one of neuralgic points in Europe on the issue of Islamic radicalism. Even the Western media started to speak openly about this problem.

The reaction of Serbian authorities to the recent decisions of Kosovo, apart from verbal condemnations, were lukewarm. The request for an urgent session of the Security Council came first from Russia and then from Serbia. In spite of the fact that Serbia had a wide range of responses to the formation of the Kosovo Army, everything remained at the verbal level. In his speech at the Security Council session, Serbian President Aleksandar Vucic did not mention the Kumanovo agreement which involves the return of 1000 Serbian soldiers and police officers at Kosovo. In his two statements at the session, he had not even asked the Security Council to revoke the decision on the establishment of Kosovo Army. He asked the Security Council to abolish the tax rate of 100% on goods from Serbia, but not the abolition of Kosovo Army. In his speech, Aleksandar Vucic also said that in Kosovo lives 1,700,000 Albanians, and if today is clear that this number is multiplied. According to the official data of the Central Election Commission of the self-proclaimed Republic of Kosovo, on the last elections in Kosovo voted only 470,000 citizens and of that, 50,000 Serbs. It should be added that in Kosovo because of widespread corruption, there is a strong discipline over the election, so that the majority of the population go to the polls. In addition to the fact that he has increased the number of Albanians significantly, Vucic reduced the number of Serbs. Serbian president stated that 100,000 Serbs lives in Kosovo in spite of the fact that KFOR claims that 120,000 Serbs lives in Kosovo. In addition, the Serbian List, which is under the control of the official Belgrade, do not leave neither Kosovo Parliament nor the Government of Kosovo.

What characterizes the reign of Alexandar Vucic is defeatism, especially regarding the issue of Kosovo. As a result, the emigration of Serbs from Kosovo, especially to the south of the Ibar, has increased. The reason for such a policy is Vucic's view that Kosovo should be divided. For this plan he has the support from Hashim Thaci, president of self-proclaimed Republic of Kosovo. Today, on Kosovo, regarding the negotiations with Serbia, there are two blocs. The first, led by Hashim Thaci, is in favor of the exchange of territories (division), likely Northern Kosovo for Serbia’s Presevo Valley. On the other side, Kosovo Prime Minister Ramush Haradinaj is strongly against this plan, responding that such an action would only destabilize the region and lead to war. The main reason why Ramush Haradinaj strongly opposes the division is because of the assessment that Albanians can occupy northern Kosovo. Bearing in mind that the special police of Kosovo so far repeatedly invaded the north of Kosovo, it is realistic to expect that the same in future will be done by Kosovo Army. The only dilemma for Haradinaj is whether the Serbian Army will react. On the other hand, Tachi wants to solve the north Kosovo issue through dialogue with Aleksandar Vucic. This agreement would be catastrophic for Serbia, because Serbia would renounce part of its territory. Consequently, it would encourage other national minorities to take that path. The remaining Serbs in Kosovo would experience an exodus.