The sanctions of a split 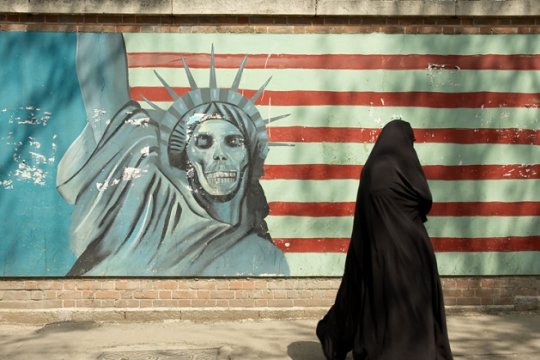 The tough economic sanctions imposed by the United States against Iran have aggravated conflict between Washington and its close allies. The European Union, the United Kingdom, France and Germany have expressed regret over measures taken by American President Donald Trump and signaled the need to protect their companies. Simultaneously, eight countries have received a six-month “sanctions delay” from the United States, which produced a further negative effect on the balance of strength and set the scene for a further escalation of tension.

The United States announced the resumption of anti-Iranian sanctions, which ban the purchase of Iranian oil and oil products, on November 5. The US Treasury Department pointed out that they were the “toughest” in history: “These are the toughest U.S. sanctions ever imposed on Iran, and will target critical sectors of Iran’s economy, such as the energy, shipping and shipbuilding, and financial sectors.  The United States is engaged in a campaign of maximum financial pressure on the Iranian regime and intends to enforce aggressively these sanctions that have come back into effect.” [1]

“The unprecedented financial pressure exerted by the US Treasury Department on Iran should make it clear to the Iranian regime that it will face ever-increasing financial isolation and economic stagnation until it radically changes its destabilizing behavior. From now on, the maximum pressure exerted by the United States will only increase,” - emphasizes US Treasury Secretary Stephen Mnuchin. Washington makes it no secret that the ultimate goal of the sanctions is to reduce oil exports from Iran "to zero."

Over 700 individuals and legal entities have been put on the sanctions list, including the Iranian national air company Iran Air, more than 65 aircraft it owns, and several dozen ships of the merchant fleet. The sanctions prohibit the purchase of Iranian oil and are directed against port operators, shipping and shipbuilding companies, the financial sector,  - primarily tanker insurance companies, - and also restrict operations with Iran’s banks and Central Bank.

Fines will be imposed on anyone who trades oil with Iran and works with its banking system. Secondary sanctions (fines and shutout from the dollar system) may be imposed on companies of third countries. The US also demanded that Iran should be cut off from the SWIFT international payment system. According to reports, on November 5 SWIFT suspended access of some Iranian banks to its system, but without reference to the US sanctions. [2]

This step followed President Trump’s announcement in May this year about Washington’s withdrawal from the Joint Comprehensive Plan Of Action on the Iranian nuclear program. Adopted in 2015 with the participation of Iran, the USA, Russia, China, Britain, France and Germany, the document envisages easing sanctions against Tehran in exchange for its measures to wrap up its nuclear program under the control of the IAEA. The US president dubbed it “the worst deal ever,” saying that it does nothing to stop Iran from pursing its nuclear and missile programs. After Washington’s withdrawal from the JCPOA, the other participants expressed their commitment to this document.

Two days before the sanctions package was put into effect, US President Donald Trump made it clear that the United States was ready to conclude a new agreement with Iran on more stringent conditions. “Our objective is to force the regime into a clear choice: either abandon its destructive behavior, or continue down the path toward economic disaster”, - the US president said on November 3: “The sanctions will target revenues the Iranian regime uses to fund its nuclear program,  development and proliferation of ballistic missiles, fuel regional conflict, support terrorism and enrich its leaders”. At the same time, according to Donald Trump, “the United States remains open to reaching a new, more comprehensive deal with Iran that forever blocks its path to a nuclear weapon, addresses the entire range of its malign actions, and is worthy of the Iranian people. Until then, our historic sanctions will remain in full force”. [3]

Having introduced “unprecedentedly tough” sanctions against Tehran, Donald Trump, as part of his business approach to international affairs, left substantial “windows of opportunity” for the subsequent bargaining on a wider range of issues of the international agenda. The USA made an exception for eight states. China, India, Greece, Italy, Taiwan, Japan, Turkey and South Korea were allowed to buy Iranian oil temporarily. According to the London-based Financial Times, these countries will be able to import a limited amount of Iranian oil over the next six months. [4]

Simultaneously, US Secretary of State Michael Pompeo said that more than 20 countries have already cut down on oil exports from Iran, reducing purchases by more than 1 million barrels per day [5].  Independent sources indicate that average daily oil production in Iran fell from 3.8 million barrels in May to 3.3 million barrels in early October. This is quite a lot: because of the reduction, Iran loses about 1 billion dollars a month.

Given that the above exemptions from the sanctions list are temporary, the United States will likely resume political and economic bargaining with the eight countries in spring, with a view to preserve a favorable regime for these countries. In the first place, it concerns China. President Donald Trump will try to use the “Iranian factor” in order to achieve maximum concessions on trade and economic issues from Beijing. Among other things, he will probably make an attempt to force the Chinese side to reconsider joint energy projects with Russia. In the meantime, China’s response to the US decision to resume the anti-Iranian sanctions has been markedly restrained. A spokeswoman for the Chinese Foreign Ministry has called on Washington to respect China’s trade rights and expressed "regret" that the United States relaunched sanctions against Iran. [6]

A much more resolute response came from the European Union - whose trade and economic interests are affected by anti-Iranian sanctions first. EU High Representative for Foreign Affairs and Security Policy Federica Mogherini, as well as the foreign ministers of Great Britain, France and Germany issued a joint statement in which they promised to protect their companies from restrictive US measures. “Our goal is to protect the subjects of the European economy that have legal commercial ties with Iran,” the document states. [7]

In the meantime, the European Union is confronted with the problem of creating a specific structure that would allow European companies to continue to trade with Iran without risking falling under Washington’s sanctions. Brussels reported in October that a new mechanism of payment for Iranian oil exports should be legally ready by November 4, and would go into operation in early 2019. However, according to The Financial Times, by the time the current sanctions were introduced, the Europeans did not have even a legal foundation for the defense mechanism and had not come to agreement on the location of the corresponding “special purpose structure” (SPV). “Now we are actively discussing where the SPV will be located, who will participate in it, and are launching the process of registering it. Time is short, and given the complexity and sensitivity of this issue in the light of its geopolitical consequences, we see very rapid and effective progress,” - said a representative of the French Finance Ministry.

For Europeans, sensitivity of this issue lies in their unwillingness to come under tough Washington’s sanctions themselves - especially in the context of deepening trade and economic differences between the US and the EU. “The US authorities are demonstrating that they will act aggressively towards violators of sanctions, which boosts the effect,” warns partner of law firm Morrison & Foerster and former director of the Office for Foreign Assets Control (OFAC) of the US Treasury John Smith. “When the United States threatens to punish violators and does it in practice, examples of punished companies force others to think seriously,” he said in an interview published by the American newspaper The Wall Street Journal. [8]

Without waiting for the sanctions regime to come into effect, Iran’s President Hassan Rouhani stated that Tehran would be able to overcome it. “America wants to bring down Iran’s oil sales, but we will continue to sell oil to break through the sanctions,” he said. [9]

Tehran could not but point out the fact that the resumption of the US sanctions package against Iran coincided with the anniversary of the capture of the US embassy during the Islamic revolution in Tehran in 1979. Addressing his compatriots, Supreme Leader Ayatollah Ali Khamenei said: “The goal of American sanctions is to cripple and restrain the Iranian economy, but the result we obtained in reality was the country's striving for self-sufficiency.” “The main objective of the United States in all this is to regain the supremacy it had in the period of tyranny. But this will not happen,” Ayatollah Khamenei said. [10]

Meanwhile, Tehran does not attach any fundamental significance to the exclusion of eight states from the sanctions regime. “The Islamic Republic could sell its oil even if these eight countries were not excluded, we would still sell our oil,” said Hassan Rouhani in this regard.

The anti-Iranian sanctions imposed by Washington have not yet had a direct impact on Russia. The sanctions list published by the US Treasury contains only the Russian “daughter” of the Iranian Bank Melli – the Mir Business Bank, registered in Moscow (MB Bank). [11] Its shareholder is Bank Melli Iran, which, according to the United States, provides multi-billion financial, material and technological support to the Islamic Revolution Guards Corps (IRGC). “Bank Melli enabled the IRGC and its related parties to transfer funds both inside and outside Iran,” the statement of the US Treasury said. JSC Mir Business Bank was registered in Moscow in 2002. Bank Melli Iran is its sole shareholder. [12]

According to reports, the Trump administration has decided not to pursue the Russian direction in its pressure on Iran ahead of a new meeting of the presidents of Russia and the United States due to take place at the end of this year. The meeting could be held on November 11 in Paris, at events dedicated to the 100th anniversary of the end of the First World War, or — more likely — at the G-20 summit in Argentina in late November - early December this year. However, regardless of the outcome of this meeting, Russia should bear it in mind that its trade and economic ties with Iran, and in a broader context - relations with OPEC - will become the target of a new round of global games of the US administration.