The Spectator: “Europe’s descent into deindustrialisation” 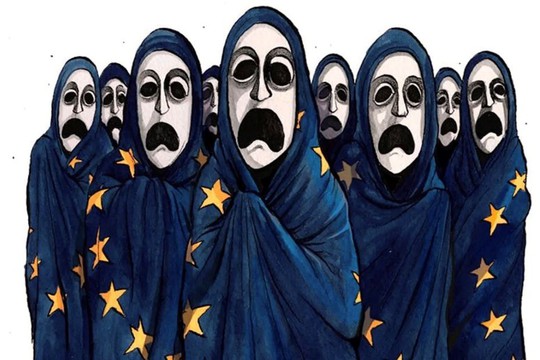 Picture by “The Spectator”

‘The attack on the Nord Stream pipeline will encourage protectionism’, writes English “The Spectator” writes with deep cynicism.

The rapid economic collapse that Britain is facing is simply an accelerated version of what the whole of Europe is about to go through; unsustainable borrowing to fund the gap between high energy prices and what households can actually afford. With the sabotage of the Nord Stream pipeline, there is now no feasible way back. Europe can no longer physically import Russian gas – prices will remain high until Europe builds more energy capacity, which could take years.

The only logical European response to the threat of widespread deindustrialisation is to raise tariffs.

This process looks remarkably like the start of the Great Depression. In the 1920s, due to lopsided financial arrangements initiated in the Treaty of Versailles, western economies accumulated enormous amounts of debt. In 1929, the collapse of the American stock market removed one of the key remaining props and the western economies collapsed. Europe went first and, as trade dried up, America followed it down the hole.

Modern western economies have been accumulating debt for decades. But since the lockdowns in early 2020, this debt accumulation has gone into overdrive. In 2019, Eurozone government debt-to-GDP was 83.8 per cent. In 2020, after the lockdown bailouts were unveiled it shot up to 97.2 per cent. In the same period, Britain’s debt-to-GDP ratio went from 83.8 per cent to 93.9 per cent. These are the largest single increases in history.

In the 1930s, Europe fell into an economic black hole. Its economy collapsed and so all the trade that it did with the rest of the world was sucked down the hole with it. Europe then turned in on itself and started raising trade barriers to eke out some semblance of economic normality. This was a classic case of what economists called the ‘fallacy of composition’: what was good for Europe in particular, was bad for the world economy and since Europe was part of the world economy, it turned out to be bad for Europe too. The world slipped into depression.

Could the same thing happen today?

“The European Union needs to reduce power costs in the region to prevent the permanent closure of metal producing plants in the region, which would increase reliance on imports with higher carbon footprints, industry association Eurometaux said.

About 50% of EU aluminium and zinc production capacity “has already been forced offline due to the power crisis”, Eurometaux said in a letter to EU Commission President Ursula von der Leyen.

Eurometaux said the energy crisis is an “existential threat to the future of Europe’s metal smelters.

“We call on EU and member state leaders to take emergency action to preserve their strategic electricity-intensive industries and prevent permanent job losses,” Eurometaux said, adding that the letter was signed by chief executives of 40 European companies.

…Europe itself drives itself into an ‘energy dead end’, and – COLLAPSE – behind.