The “START” Treaty is without inspections. Who is responsible? 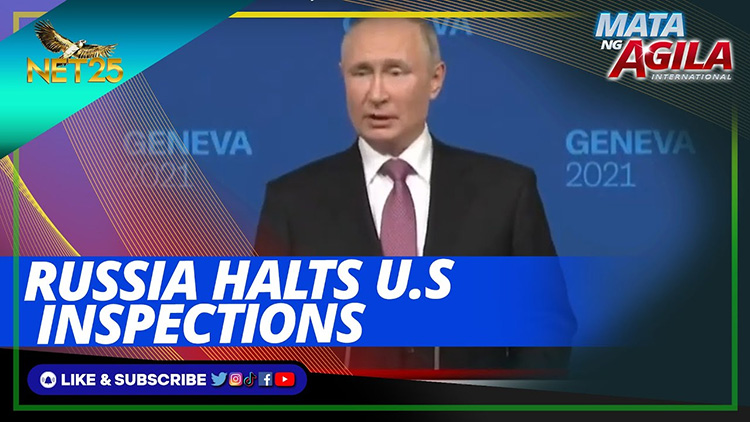 On August 8, 2022 Russia officially informed the USA about the withdrawal of its facilities from inspection activities under the New START (Strategic Arms Reduction Treaty) for American inspectors on Russian territory.

The Ministry of Foreign Affairs of the Russian Federation explained that due to the aviation restrictions imposed by Washington and its allies and the tightening of the visa regime in transit countries, Russian inspectors, unlike their American counterparts, are unable to arrive in the USA. The reason for this decision was a notification received from the American side of the intention to conduct an inspection on Russian territory in the coming days, which, under the circumstances, Sergei Ryabkov, Russian Deputy Foreign Minister, described as "an outright provocation."

The Russian Foreign Ministry stressed that Moscow unconditionally intends to comply with the provisions of the New START and is ready to discuss the resumption of inspections, but "from the most realistic positions." The Interfax news agency quotes Vladimir Dzhabarov, First Deputy Chairman of the Federation Council Committee on International Affairs, who said that Russia's decision to temporarily withdraw its facilities from inspection activities is the result of a powerful anti-Russian policy carried out over the past 10-15 years and not connected with the conduct of a Special Military Operation in Ukraine.

A number of international arms control experts agree that the Treaty can continue to exist without inspections, the suspension of which is still evidence of a further deterioration in relations between Moscow and Washington. In the media resources of the international TV company Al Jazeera Moscow's actions are viewed as counteracting the U.S. desire to "create unilateral advantages" and deprive Russia of "the right to conduct inspections on American soil." Yes, it is important to note that Russian response was de facto a response to the U.S. initially imposed blockade on Russian New START inspectors to visit the USA.

Currently, the New START is, in fact, the last agreement between Cold War rivals – Russia and USA. The document, which expires in February 2026, limits the stockpile of nuclear warheads, intercontinental ballistic missiles, strategic heavy bombers and submarine-launched ballistic missiles.

Former NATO Deputy Secretary General Rose Gottemoeller and ex-head of the U.S. delegation at the talks on the New START with Moscow told the publication that in recent months the number of such notifications received by the U.S. State Department has increased, which undoubtedly indicates Moscow's commitment to comply with arms control agreements.

Farhan Haq, Deputy Spokesman of the UN Secretary General, called on Russia and the United States to solve the problems of access to inspection of the implementation of the Treaty. He noted that the New START is "an important element of international peace and security and the only remaining bilateral agreement on nuclear arms control."

The Wall Street Journal quoted Daryl Kimbal, Executive Director of the U.S. Arms Control Association, who also recommended that both Moscow and Washington, regardless of differences should "resume inspections, and begin negotiations on a new agreement [on Strategic Offensive Arms]," which is designed to reduce the degree of nuclear danger in the world.

No inspections – no Treaty. As simple as that…