The supporters of Russia in the US Congress? 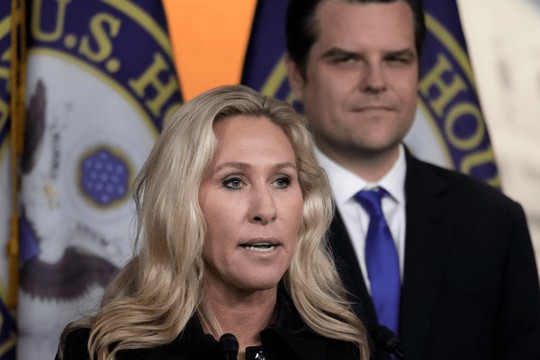 In the early days of the war, only far-right nationalists such as Rep. Marjorie Taylor Greene (R-Ga.) were doing Putin’s bidding by lobbying for a reduction in American support for Ukraine. But as with other fringe views, this position quickly infiltrated the mainstream, and dozens of high-profile GOP officials have adopted a similarly pro-Russian posture. Speaker of the House Kevin McCarthy (R-Calif.) even called the U.S.’s current support level for Ukraine a “blank check,” “The Hill” writes with surprise.

Congressional Republicans have attempted to frame their positions as ‘realism’ — arguing that the U.S. cannot afford to continue supporting Ukraine as inflation weighs on American families, and should not be risking a nuclear war with Russia over a country that is thousands of miles away.

To be fair, the left wing of the Democratic party has also loudly expressed their opposition to continued aid to Ukraine in a now-retracted letter to the Biden administration, painting the conflict as a result of NATO and American pro-war policies. Not only does this view put the far-left in league with the far-right, but it is also a toxic and misguided view that forgives Putin while assigning total blame to the United States.

And make no mistake, supporting Ukraine is not only a matter of countering Vladimir Putin. It is just as much about sending a loud message to other autocratic leaders — particularly in Beijing and Tehran — that the United States will not stand by as democracy is actively threatened abroad, the “Hill” author thinks. But unfortunately, many on the political right seem to have forgotten history — or worse, are choosing to ignore it…