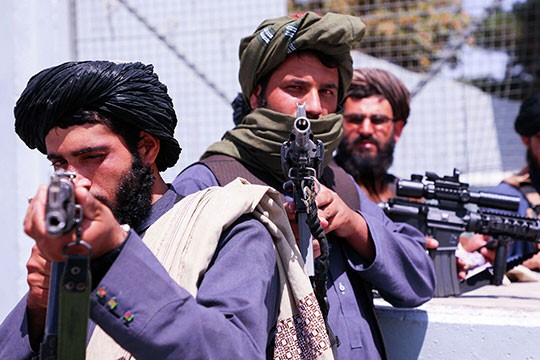 The Taliban are bending over backwards trying to demonstrate to the world their legitimacy and readiness for dialogue. They are also working hard to hide the fact that they do not control the whole of Afghanistan, and even some of their very own field commanders. However, no matter how hell-bent they are on gaining international recognition, they are still not ready for any concessions, save for some minor, purely cosmetic ones.

Meanwhile, the world community is finally waking up from its initial stupor following the Western military’s and their allies’ flight from the Afghan capital. First, it looked like Afghanistan happily accepted the Taliban, with just a tiny sliver of people, who had embraced “Western values,” showing signs of unhappiness. Before very long, however, it became clear that in the ethnically diverse Afghanistan the Taliban had failed to solve the overarching task of enlisting the support of all of the country’s ethnic communities. The first to resist was Panjshir that the most important transport arteries pass through. The region’s ethnic Tajiks sided with the legitimate government and resisted the predominantly Pashtun Taliban and its allies - Arab militants from the Haqqani Network and other semi-terrorist groups. Leading the resistance of the Tajiks and the remnants of government troops was Ahmad Massoud, the son of the Afghan national hero Ahmad Shah Massoud, who once fought the Soviet army. Even direct support from Pakistan, which sent in commando units and drones, has failed to help the Taliban gain control of the rebellious province.

Having filled up the approaches to the provincial capital with corpses, so much so that it took a ceasefire to take them out for burial, the Taliban and their Pakistani allies still managed to seize the regional capital. However, Massoud and most to the citizens left for the mountains. The few who stayed on were subjected to ethnic cleansing, taken away in an unknown direction with the more loyal Pashtuns poised to move in to fill the void. Well, hardly the best way of ensuring national unity…

Meanwhile, in Bamyan province, famous for the Buddha statues blown up by the Taliban during their previous rule, the local Shia Hazara ethnic minority maintain their protests. This ethnic group finds itself in a real fix, as the Hazaras account for just about 10 percent of the country’s population and, unlike Uzbeks or Tajiks, have no state to back them up. Well, with the possible exception of Mongolia, because the Hazaras consider themselves the descendants of Genghis Khan’s warriors. Apparently, the legacy of those glorious warriors is still in their blood because many of them have already taken up arms. Moreover, while paying lip service to their love for peace, the first thing the Taliban did after they entered Bamyan, was to blow up the statue of Abdul Ali Mazari, a local hero and warlord, who successfully opposed radical Islamists back in the 1990s.

By the way, the destruction of the monument to Mazari and the mausoleum of Massoud Sr. shows that the Taliban have little control over their field commanders. The Taliban leaders and their diplomats are eager to be seen by the outside world as having reorganized and no longer being the extremists who staged terrorist attacks. Now they allegedly respect other people’s values ​​and are willing to pursue a policy of national reconciliation. However, the actions of the Taliban militants and their junior commanders testify to the opposite, and this is what the United States and Europe should bear in mind.

Ahmad Massoud is not going to give up. Moreover, he has already received moral support from the West, which has finally come to its senses. They recently held a conference in Oxford as a tribute to his late father. Now it is time for real support. It is imperative to stop Pakistan’s military assistance to the terrorist regime and help the legitimate forces in the Panjshir mountains. Moreover, Massoud is the only one who has come up with a definitive settlement plan of a de facto federalization of Afghanistan, which would grant more rights to ethnic minorities and thus save the country from an imminent civil war. Well, this should have been done earlier, when the county was still under US occupation. Unfortunately, having quickly and effectively occupied the country, NATO proved a lousy administrator, failing to solve the Afghan problems for a whole 20 years.

Afghanistan is arguably the most rebellious country the world has ever seen, with no conqueror ever able to fully control it. With their reliance on the country’s ethnic majority, on religious superstition and total ignorance of the population, the Taliban will hardly be an exception. The only question is the  price that the Afghans and their neighbors will have to pay for the “new world” being ushered in by the Islamists!