“The Telegraph”: Welcome to modern Britain where nothing works 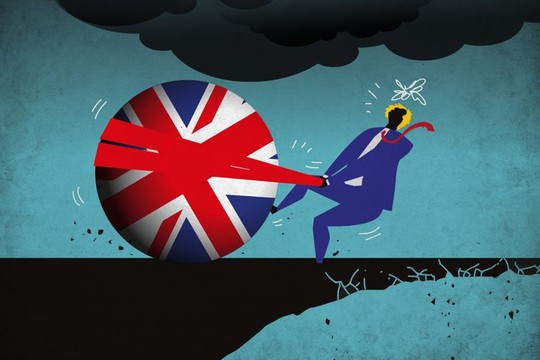 Picture from “The Gulf News”

“Britain really is broken and we can’t afford to fix it! Nothing works, everything is expensive and we’re all too busy arguing to figure out any solutions”, “The Telegraph” resents in London.

We’ve now got to the point that it is far quicker to list the things that are going well in the UK than it is to itemize those that are going from bad to execrable. Causes for optimism have been weighed in the balance and found wanting, writes the London newspaper . Welcome to modern Britain where nothing works, everything is expensive and we’re all too busy arguing about the causes of our woes to figure out any solutions.

Top of the worry list are the regularly updated estimates about the country’s energy price cap from consultancy Cornwall Insight, which are beginning to engender the kind of grim fascination usually inspired by medieval instruments of torture. Its latest forecast is that the cap will rise from £1,971 a year now to £3,582 in October and £4,266 in January. This will represent about 14 pc of the average household’s post-tax income.

With the prices of a whole host of goods and services spiking and interest rates ratcheting up, destitution beckons for many. The poorest households will simply not be able to cope with increases like this on tax cuts alone.

We are being told: cold weather over the winter combined with gas shortages could result in several days of blackouts under the Government’s own “reasonable worst case scenario”.

Meanwhile, the Bank of England is now predicting that the UK economy is heading for a painful recession, inflation will hit about 13pc later this year and won’t come down from double figures until the back end of next year.

Queues at airports are growing, food prices are climbing and industrial action is spreading. After over a decade in which wages have stagnated, unions are being emboldened by rising prices and a tight labour market. Transport workers, firefighters, doctors, nurses, teachers, postal workers, civil servants, lawyers and even TV production staff are all threatening to down tools.

Inflation is also bending the public finances out of shape in all sorts of weird ways.

The reasons for these predicaments are myriad. There is in fairness only a limited amount the UK government could have done about inflation which was kick-started by disruptions to supply chains because of the pandemics, exacerbated by Russia’s invasion of Ukraine (this is how the failures of the government are explained by the someone else's war – are the home authorities innocent?) and looks likely to be entrenched by a retreat of globalisation. Many rich nations are struggling with stagnant growth, ageing populations and significant shifts in geopolitical tectonics.

However, the shortage of workers – caused by a combination of Brexit, older workers retiring early during the pandemic and an increase in the numbers of long-term sick – seems to be particularly acute in the UK and is causing a host of problems in a range of industries including retail, hospitality, farming and transport.

Part of this issue is that as a country we are so busy arguing about the reasons for our predicaments that we’ve not really got started on trying to craft some workable solutions, recognizes “The Telegraph”. Too many still blame Brexit for everything; too many seek to absolve it completely.

“Such divisions are accentuated by the current (some might say long-standing) leadership vacuum”. And that’s true!