The three pillars of a state 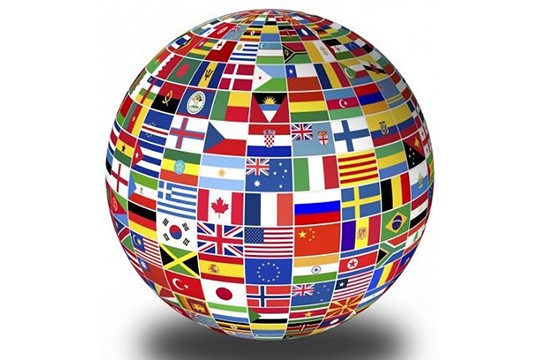 It would be no exaggeration to say that, basically, every country rests on two fundamental institutions - education and culture. It is these two institutions, that determine the people’s thinking, ideology and the vector of state policy. Speaking about this tandem of education and culture, it is very hard to say which of the two prevails: education, which forms a cultural society, or culture, which is an integral part of education. But there is also a third component, which serves as the fundamental principle and source for the above institutions. It is religion, which defines certain behavioral patterns, upbringing and worldview, which society subsequently translates into its education and, through it, into culture.

When speaking about certain aspects of Russia’s special operation in Ukraine in a recent interview with AiF newspaper, the Secretary of the Security Council of the Russian Federation Nikolai Patrushev said that Ukraine and the Western world seem to have forgotten the lessons of history. Naturally enough, he touched upon the pressing problems of the existing system of education, including in Russia.

“It’s high time we recall what [prominent educators] Ushinsky and Makarenko said about a teacher’s role in forming a pupil’s personality, that his calling is not to provide services, but enlighten, educate and bring up.” [1].

Patrushev believes that the first step in this direction should be to “abandon the so-called Bologna system of education and return to the best domestic educational model in the world."

His opinion was closely echoed by the Minister of Science and Higher Education, Valery Falkov, who told Kommersant that the ministry plans to abandon the Bologna system and develop its own system of higher education.

“The Bologna system must be treated as a thing of the past. The future belongs to our own unique education system, which should be based on the interests of the national economy and offer maximum opportunities for each student,” [2] Falkov said.

The next day, the speaker of the State Duma lower house of parliament Vyacheslav Volodin confirmed that “all factions of the State Duma support the withdrawal of the Russian Federation from the Bologna system of education.”

Judging from the above statements, we see that simultaneously with its course on denazification of the Ukrainian people, misled by Western propaganda, Moscow is trying to “heal” its own society, equally infected by the so-called "Western values" and worldview.

But what about culture?

The SlovoNovo Free Culture Forum, held in Israel earlier this week, was attended by famous writers, artists, directors, politicians and businessmen,  who criticize Russia’s special operation to save Donbass. The list of invitees included Maxim Galkin and Alla Pugacheva, Andrey Makarevich, Boris Grebenshchikov, Mikhail Shats, Veniamin Smekhov, Lyudmila Ulitskaya, Leonid Parfenov and many others. According to the organizers, part of the proceeds from the sale of tickets will be used to "to help Ukraine."

It has long been obvious to everyone that the participants in this forum, who imagine themselves as the “cultural elite” of Russia (who have fled from the  very Russia that once fed and cherished them), are in fact the fifth column of the West. Their rejection of Russia’s efforts to strengthen the true spiritual and moral foundations in Russian society shows that these supporters of the Western way of life, from among artists and showbiz personalities are actually defending interests that are alien to Russia. Their open support for the so-called "Western values" and Western worldview reflects their own worldview and values, since many of these people are not burdened by the moral and cultural norms prevalent in Russia.

RT editor-in-chief Margarita Simonyan has made very apt remarks regarding the hypocrisy and "addictions" of one of these “cultural figures." But he's not the only one! She added that, by a strange coincidence, most of them are “as rotten as they come.” Indeed, the mere fact that these people began to separate themselves from the Russian people and Russian culture is an indicative and in my opinion, an unexpectedly positive factor.

Today, we can say with confidence that such spiritual and moral values ​​traditional for Russia as Faith in God (mentioned in Article 67.1 of the Constitution of the Russian Federation), family as the union of a man and a woman, protection of children from destructive moral and ethical tendencies are now becoming the real basis of our society and its socio-cultural role has always resonated with the vast majority of the people of Russia.

With its policy of making LGBT ideology and militant feminism a generally accepted norm, the West has helped unite the multinational and multi-confessional people of Russia in the face of a threat that undermines the traditional foundations of the Russian world. I hope that not only ordinary people, but also senior government officials have finally begun to realize that the preservation and strengthening of traditional Russian spiritual and moral values ​​is in the best interest of the national security of the Russian state.

Russia is not alone in understanding these simple truths. Take for example Georgia, which is very close to us both culturally and historically. What is the most unifying factor for Russia and Georgia? The Orthodox Church, which is the basis of this cultural and educational unity. All US attempts to push through the adoption of liberal LGBT culture in Georgian society have faced strong opposition from the Georgian people, and the Orthodox Church, and Christian mentality became a solid shield against such aspirations. We should also take into account the fact that among the world’s three most common denominations, Christianity has in recent years come under the most concerted attacks.

Supporters of Western "culture" and the Western way of life have been particularly active in this regard. Suffice it to mention the recent mockery by one of the "cultural figures" during one of his concerts of the sacred Christian symbol - the cross. Would he have dared to make fun of the Muslim crescent or the Star of David? And what about the official reaction to this. None!

We now see that the unified position of Russia’s traditional confessions - Christianity, Islam and Judaism - reflects the public request that traditional Russian spiritual and moral values ​​should be the basis of our state policy and be enshrined at the legislative level.

Russia’s leadership should do more than just realize that religious norms stand guard over the Russian state and our identity. They need to provide them with appropriate protection and support. Only then will the trinity of Faith, Education and Culture be able to make our state and society a truly powerful and inflexible fortress.