The Times newspaper asks important questions about the Ukrainian crisis 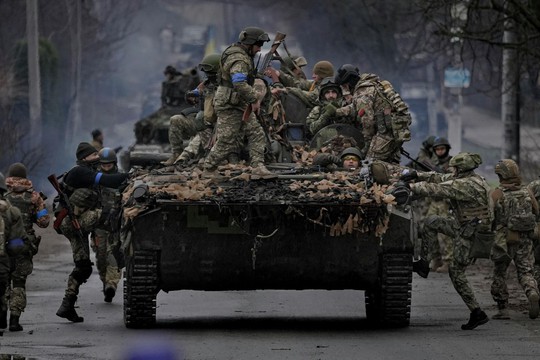 In order to defeat Russia with the help of Ukraine, the Western powers have yet to answer painful questions to themselves, writes the British "The Times" and lists a number of such questions.

It seems that the West has begun to understand how complicated this "Ukrainian case" is, which cannot be resolved without the West itself beginning to experience great economic difficulties.

Without retelling in detail the content of the article, let’s pay attention only to the questions posed in it, which very well demonstrate the state of Western minds:

- If they say that the UK and its allies will stick to the "old course", then it is unclear where this course leads?

- If the White House is in doubt that Ukraine is capable of returning Donbass, what will be called a "victory for Kiev"?

- If there is no consensus in NATO on whether to send troops to Ukraine, is the alliance ready for an escalation of the conflict?

- What is the strategic goal of NATO - to liberate Ukrainian land or to damage Russia?

- What is the West ready to tolerate in the name of Ukraine and how long will it take?

- How can the political unity of the West preserved as a whole and in some of its countries, for example, in the UK?

- Is it necessary to spend one billion pounds on military aid to Ukraine or is it better to build several hospitals with full equipment?

- How ready is NATO to deplete its military arsenals?

The author of the comment in The Times not only brings these problems to the public, but also emphasizes in conclusion that it is time to abandon ambiguous politics and start solving the most difficult issues some of which are formulated in this article.