The Treaty that damaged the country's security 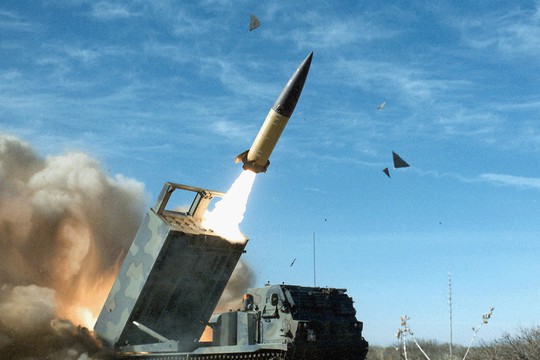 The Treaty on liquidation of Medium-range and Shorter-range Missiles in Europe was signed during Mikhail Gorbachev's visit to Washington on December 7-10, 1987. 846 American and 1,846 Soviet missiles were to be liquidated. To astonishment of military experts around the world and contrary to the opinion of the Soviet Army military command, Gorbachev even agreed to elimination of the recently created missile "Oka" (SS-23), according to the NATO classification "Spider" (in Russian - "Паук"). Those days, US State Secretary John Schultz noted with amazement that Moscow's decision "was so unilaterally beneficial for the West that he was not sure whether the Soviet leaders would have been able to pull it off if Moscow had a democratic legislative body."

Indeed, Gorbachev's voluntarism had no justification in the specialists and politicians eyes other than desire to demonstrate a commitment to the so-called "new thinking".

At NATO, the SS-23 was considered one of the most effective weapon developments in such type, and even the "Patriot" antimissile, of which the Americans were so proud, was powerless against the Soviet superweapon. The powerful engine, floating highly mobile chassis allowed the "Spider" to be ultra-mobile and deliver unexpected high-precision strikes, whereas the complexes were located not only at the USSR territory, but also in the Warsaw Pact countries.

The Americans have made unprecedented efforts to literally "pull by the ears" of the new Soviet weapons to the Treaty on Medium-range and Shorter-range missiles liquidation. The fact was that the SS-23s were not subject to the Treaty terms, since their range did not exceed 400 km, and they did not pass the threshold set for short-range missiles of 500 km.

The US withdrawal from the Treaty on the Limitation of anti-Aircraft Defense Systems has called into question the expediency of compliance with the INF Treaty on the part of Russia. In June 2000, a statement about possible withdrawal from the Treaty was made by President Putin. In addition, over the years following the INF Treaty signing, a variety of countries-India, Pakistan, Korea, China, Iran and Israel - have developed and been improving their medium-range missiles systems, while Russia, having fulfilled the Treaty terms by June 1991, has lost many of this weapon systems. Russian Defense Minister Sergei Ivanov (2001-2007) has called the INF Treaty a "The Cold War relict'' that has never become a treaty of universal character. At the same time, he declared that the countries armed with medium-range missiles were located "not far from our borders, and we cannot ignore this."

In February 2007, in response to reports that Poland and the Czech Republic were ready to agree to the deployment of missile defense elements at their territory, the Russian side used a "kind of" cold shower for too hot heads. It was declared that Russia was ready to restore the medium-range ballistic missiles (MRBM) production. At the same time, the Russian Strategic Missile Forces commander, Colonel-General Nikolai Solovtsov, said at a press conference: "As a class, MRBM were destroyed, but all the documentation remained, all the technology remained. In the shortest time, if necessary, these complexes production will be restored. But already with new technologies, at a new element base, with a new control system, with new capabilities."

At the Valdai Forum on October 19, 2017, the day before US President Donald Trump announced his intention to unilaterally withdraw from the INF Treaty, Vladimir Putin stated, "In this case, Russia's response will be instant and mirror-like." What could such an answer be, it was sounded during an interview with the newspaper "Krasnaya Zvezda" by the commander of the Strategic Missile Forces, Colonel-General Sergei Karakayev. Karakayev informed that in the nearest time it was planned to deliver about 100 new weapons samples to the troops, including the "Yars" missile systems with stationary and mobile basing.

On August 18, 2019, after holding tests with the ground "Tomahawk" cruise missile launcher that hit a target at a distance of 500 km, it became clear that the treaty on medium-range and shorter-range missiles no longer existed. And already on August 23, 2019, at the Russian Federation Security Council meeting, President Putin gave instruction to develop a response to the realized tests of the American missile that should be "symmetrical". Earlier, the Russian Defense Ministry stated that it could be about testing ground version of the "Kolibr" cruise missile. Along with that, Russia unilaterally imposed a moratorium on the deployment of medium-and shorter-range ground missiles, if any appear in regions where the US INF would not be deployed.

But let's return to the history of the "Oka" missile complex (SS-20), which could be an effective anti-weapon in the current conditions. In accordance with the Treaty signed in 1987, it was decided to destroy 102 launchers and more than 200 missiles to them. However, in a strange way, the secret missile complexes being in service with the Warsaw Treaty countries were simply forgotten. Meanwhile, only in the GDR there were placed 18 "Oka" installations and the same number in Bulgaria. About 10 machines remained in Slovakia and 4 - in Romania.

Slovakia was the last to liquidate the complexes in 2000, moreover, the United States provided specifically 400 thousand dollars for that purpose. Specialists consider these countries leadership has handed over to the NATO command all the documentation that their military had access to. There was reported in the media that the SS-23 got to the American ranges for the anti-missile systems testing. One of the Russian military analysts suggested that "the SS-23 characteristics seriously frightened the NATO members, since at the beginning of the XXI century they demanded from Slovakia complete destruction for all the complexes at its disposal. The bloc calmed down on this occasion only when the last missile had been exploded."