The Two Myths Behind Globalism 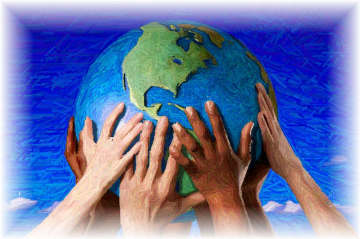 As a new world order ideology, globalism has to rely on myths for its own advancement. The key myths behind globalism are that the world is facing an ever-growing terrorist threat (the notion routinely serves to justify downright genocide disguised as war on terror) and that carriers of various cultural identities can coexist and interact smoothly within multicultural societies.

Unbiased research helps dispel the myth about the spiraling threat of terrorism. Robert A. Pape and James K. Feldman's Cutting the Fuse. The Explosion of Global Suicide Terrorism and How to Stop It (The University of Chicago Press, 2010), a recent study based on an impressive array of data on kamikaze attacks across the world, offers truly thought-provoking conclusions on the subject. While only 350 terrorist acts perpetrated by suicide bombers were recorded in 1980-2003 and only 15% of them targeted US citizens, in the much shorter 2004-2009 period of time the number reached 1,833, US citizens being victims in 92% of the cases. Evidently, the surge of suicide bombings over the past six years must be attributable to the US-led NATO campaigns in Afghanistan and Iraq and to the Western occupation of the countries. Therefore, terrorism before and after 2003, the watershed year when the US launched the intervention in Iraq, are two phenomena of totally different nature, and the underlying agenda of the US anti-terrorist war has nothing to do with its stated goals. The US campaigns allegedly intended to root out terrorism are in fact breeding it amidst the national-liberation upheaval. A. Pape and James K. Feldman argue that “foreign military occupation triggers secular and religious people alike to carry out suicide attacks”. Moreover, in their view the root cause of international terrorism lies in the situation in which political organizations, religious groups, and regional communities are forced to defend their independence under outside pressure. Self-sacrifice becomes the adequate response whenever the pressure takes such extreme forms as war and occupation, and consequently the notion that terrorist attacks are carried out by radicals having no popular support is a globalist myth.

It is not true that religiously motivated fanatics left the US no choice other than to start the war on terror which took over a hundred of thousands of lives in Iraq alone. In reality, the Western military intervention left no choice to those whose right to national self-determination was trampled underfoot. It thus seems likely that attacks like the one which shattered the US on September 11, 2001 were arranged by the intelligence services seeking to provoke an escalating global conflict. The blasts which destroyed civilian installations and killed innocent people provided pretexts for military campaigns, and those gave rise to new generations of shakhids. Fear of terrorism generated public support for military response, and the response strikes made survivors take revenge for their sufferings, at times at the cost of their own lives. Thus, the global war is gathering momentum while the world is kept in the dark about the authors of the scheme and their far-reaching objectives.

The above, by the way, invites analogies with the provocations which marked the outbreaks of both world wars. In World War I and World War II alike, aggressive regimes claimed to be reacting to terrorist attacks.

Speaking at a gathering of the younger flock of her conservative Christian Democratic Union this month, German chancellor A. Merkel inadvertently contributed to unmasking the second globalist myth by admitting the collapse of the strategy of multiculturalism in Germany. Though in essence she meant to limit her invectives to urging Muslim (for the most part, Turkish) migrants to acquire command of German as a pass to the country's labor market, rather unexpectedly her statement sounded consonant with the views expressed in the controversial Germany Is Self-Destructing, a book by the now former Deutsche Bundesbank's Executive Board member Thilo Sarrazin in which – shockingly for much of Europe – the financial officer portrayed Muslim immigration as a threat to the German statehood. T. Sarrazin wrote that Muslim immigrants „sponge off the state, neglect the education of their children and constantly produce little girls in headscarves“. A. Merkel said in her address that " at the beginning of the 60s our country called the foreign workers to come to Germany and now they live in our country... We kidded ourselves a while, we said: They would not stay, sometime they will be gone, but this isn't reality... And of course, the approach to build a multicultural society and to live side-by-side and to enjoy each other... has failed, utterly failed", and went on to assert that migrants who do not know German from the outset are not welcome to Germany. Horst Seehofer, the chairman of the Christian Social Union, which is the CDU's sister party, seems to be joining the chorus – he holds that “...immigrants from other cultural circles like Turkey and Arab countries have more difficulties. ...we don’t need any additional foreign workers from other cultures”.

The statements more than just reflect the German population's established discontent at the pressure they are permanently facing from the Arab migrants, though polls do indicate that Germans suspect that the strategy of „demographic replacement“ looms behind the facade of multiculturalism and increasingly favor authoritarian tendencies. Globalism may be ruining the Muslim world by direct extermination of the carriers of the Muslim identity in ostensibly anti-terrorist campaigns, but Europe's traditional Christian culture whose credibility intellectuals for hire have been eroding for decades is also crumbling as masses of migrants from other civilizational backgrounds are flowing in.

Given the powerful ideological backing of the strategy of multiculturalism, it is hard to believe that its proponents simply fail to realize to what extent the niches occupied by carriers of different cultures have to be kept separate, subordination among them has to be ensured, and the spheres within which they can interact productively must be delineated to maintain the integrity of composite social systems. Absent the corresponding arrangements, insulated communities adhering to divergent cultures tend to get locked in ruthless rivalries over limited social resources. Groups with ascetic mentality, greater energy and cohesion, and higher birth rates – clearly not the traditional Europeans - are the likely winners in the race, and this may be the scenario the builders of “the brave new world” hope to see materialize.

Considering that currently the implementation of the strategy of multiculturalism causes Muslims to replace Europeans across Europe – from Russia to Spain – the German leaders skepticism is tantamount to the overall condemnation of globalism. Recognizing the failure of multiculturalism, they demolish the myth that cultural diversity automatically translates into global harmony.