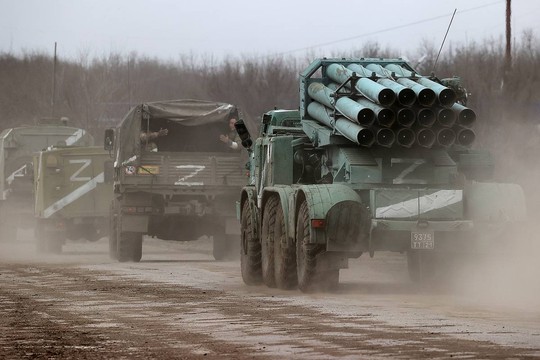 The journal of the Central Committee of the Communist Party of China published an article "The formation of blocs is a scourge that violates peace and stability in the region. About  the despicable role played by the United States in the international arena in the light of the crisis in Ukraine."

The text, in particular, says:

An important reason for the escalation of the Ukrainian issue is the United States, forming blocs to create a permanent regional confrontation. Since the end of the Cold War, US-led NATO has not only failed to reduce tensions with Russia, but has expanded eastward five times in violation of existing agreements. NATO has been pushing its power to Russia's "threshold" through geopolitical expansion and the deployment of a large number of modern offensive strategic weapons.

Looking back at the entire history of the Ukrainian crisis, we see that the United States did nothing to facilitate the negotiation process, but attracted allies to its side to foment war. Now, when the fire really breaks out, the United States, being the initiator, is trying to benefit from it. This is a shameful act for the whole world.

The crisis in Ukraine is a typical example of how the United States undermines regional security and stability.

The United States has often created chaos in the Middle East, which has led to a lack of security and governance in the region. In addition, the United States and its allies have repeatedly launched aggressive wars  bypassing the UN Security Council, which have led to massive civilian casualties and serious material damage in many countries.

To implement its plans, the United States tries actively to involve  India in its activities. According to the American edition of Politica, the United States is meeting India halfway in its desire to develop its own defense technologies, but in response, India should participate in naval exercises and more coordinated or joint missions with the United States to track Chinese submarines in the region.

The US offers India to become their partner in sanctions against Russia. However, it fails to do so. During the current visit to Delhi, Japanese Prime Minister Fumio Kishida also failed to convince Indian Prime Minister Narendra Modi to join Western countries in condemning Russia's actions.

Pakistani Prime Minister Imran Khan praised India and its foreign policy. Imran Khan said: "Today I welcome India. It  has always adhered to an independent foreign policy… India imports oil from Russia, which is facing sanctions, and India's foreign policy is aimed at the benefit of its people." Pakistan itself does not support the sanctions imposed by the United States and the European Union against Russia.