The UN involvement in Palestine: a historical perspective 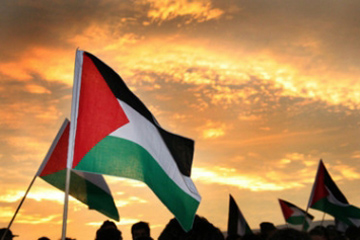 The proclamation of the 2014 International Year of the Solidarity with the Palestinian People by the General Assembly of the United Nations constitutes the opportunity to take stock of the UN involvement in the framework of the Israeli-Palestinian conflict as well as the core themes intimately linked to it. In the same year of the bloodshed in the Gaza strip many issues remain unsolved, as the situation on the ground and the progressive Israeli colonization have been worsening the economic and social condition of the Palestinian people.

The Balfour Declaration of  2 November 1917  by the then English foreign affairs secretary Arthur Balfour is a pivotal event in the history of Palestine. In virtue of this document, the British government stated its favour for «the establishment in Palestine of a national home for the Jewish people», on the understanding “that nothing shall be done which may prejudice the civil and religious rights of the existing non-Jewish communities in Palestine”.[1]  From that moment to the birth of the Israeli State in 1948, the British government attempted to manage, among an escalating violence, the increasing Jewish immigration in Palestine, along with the raising appropriation of land and the opposition of the Arab inhabitants of Palestine to the Zionist project. On  February 1947, the Attlee’s government announced, after twenty-five years of British Mandate in Palestine, the decision to delegate the question to the newborn United Nations.

On 29th November 1947, the General Assembly adopted the resolution 181. According to the document, the «Mandate for Palestine shall terminate as soon as possible but in any case not later than 1 August 1948», and «the armed forces of the mandatory Power shall be progressively withdrawn from Palestine, the withdrawal to be completed as soon as possible but in any case not later than 1 August 1948». With reference to the partition of the land, the text recommends the constitution «of an Arab State and a Jews State» in historical Palestine, with demographic and territorial imbalances in favour of the Jews community. Furthermore, the GA determines that «the City of Jerusalem shall be established as a corpus separatum under a special international regime and shall be administered by the United Nations».[2] The military events overcame the diplomatic track.  The proclamation of the State of Israel (14 May 1948) and the conflict between the Israeli armed forces and the Arab armies constitute a controversial milestone in the history of the conflict. The military operations created around 750.000 Palestinian refugees in what has remained in the memory of the Palestinian people as the Nakba, the Catastrophe.[3] Still today, the two-State solution, despite political hardships, is the irreducible core of the “peace process”.

Almost twenty years later, on 5th June 1967, the  insecure settlement erupted in the Six Days war among Israel and Egypt, Jordan and Syria. At the ceasefire the Israeli military forces had occupied the Egyptian Sinai, the Gaza Strip, the West Bank including East Jerusalem and part of the Syrian Golan Heights. On 22nd  November 1967, the UN Security Council adopted the resolution 242. The document affirms the necessity of «the establishment of a lasting peace in the Middle East» in respect of the provision of the Chart. This respect should encompass «the withdrawal of Israel armed forces from territories occupied in the recent conflict» and the «termination of all claims or states of belligerency and respect for and acknowledgment of the sovereignty, territorial integrity and political independence of every State in the area and their right to live in peace within secure and recognized boundaries free from threats or acts of force». Today, the pre-1967 borders are considered by the UN as the territorial reference for the achievement of a comprehensive settlement in the framework of the two State solution.

The question of the Palestinian refugees constitutes one of the thorniest issues related to the conflict. The UNRWA (United Nations Relief and Works Agency for the Palestinian refugees in the Near East) - whose operations began in 1950 - defines the Palestinian refugees as «persons whose normal place of residence was Palestine during the period 1 June 1946 to 15 May 1948, and who lost both home and means of livelihood as a result of the 1948 conflict». After the above mentioned 1948 Nakba’s refugees, a second wave was triggered by the June 1967 war, with around 350.000 «displaced persons». The first attempt by the United Nations to deal with the refugee problem traces back to the adoption of the AG resolution 194 of 11 December 1948. The resolution is important in virtue of the fact that it introduces the principle of the right to return of the Palestinian refugees to their homes after the war of 1948. According to the UNRWA, today there are 5,030,049 Palestinian refugees registered by the Agency, mainly living in Jordan (2.070.973), Syria (517.255), Lebanon (447.328), West Bank (754.411) and Gaza Strip (1.240.082).[4]

The continual construction of Israeli settlements in the West Bank and in East Jerusalem is the fundamental obstacle to the concrete realization of a Palestinian State endowed with a real territorial integrity and contiguity. The Israeli appropriation of lands which are to belong to the future Palestinian State does not seem to halt, as last August the Israeli government declared 380 hectares of West Bank land as State land. According to the military order, the declaration applies to vast tracts of land of the Palestinian villages of Husan, Wadi Fukin, Jab’ha, Surif and Nahalin, in the Betlehem district, northwest of the settlements of Beitar Illit and Gush Etzion.[5] How a recent report by the UN Secretary-General highlights that "the growth rate of the settlers was 5 per cent in 2012, almost three times higher than the national growth rate, which was 1.9 per cent. Estimations of the current population settlement in the West Bank, including East Jerusalem, range between 500,000 and 650,000".[6] The Israeli settlements are considered illegal under the international law. The article 49 of the Fourth Geneva Convention prohibits «individual or mass forcible transfers, as well as deportations of protected persons from occupied territory to the territory of the Occupying Power or to that of any other country».[7] On 9th July 2004, the International Court of Justice, from a request of advisory opinion submitted by the UN General Assembly about the construction of a wall of separation in the OPT, replies that Israel is "under an obligation to cease forthwith the works of construction of the wall being built in the Occupied Palestinian Territory, including in and around East Jerusalem, to dismantle forthwith the structure therein situated, and to repeal or render ineffective forthwith all legislative and regulatory acts relating thereto".  Then, the Court invites «all States (that) are under an obligation not to recognize the illegal situation resulting from the construction of the wall and not to render aid or assistance in maintaining the situation created by such construction».[8]

Human rights and US vetoes

In 1975, the General Assembly established the Committee on the Exercise of the Inalienable Rights of the Palestinian People, also known as the Palestinian Rights Committee. One year later, the body presented two recommendations respectively concerning the right to return and the inalienable rights of the Palestinian people to self-determination, independence and sovereignty. The discussion of the two recommendations before the Security Council was stopped owing to the negative vote of the United States, which wielded their veto power as permanent member. During the most recent escalation of violence in the West Bank and, mainly, in the Gaza strip, on 24th  July, the UN Human Rights Council adopted a resolution which condemns the "widespread, systematic and gross violations of international human rights and fundamental freedoms arising from the Israeli military operations carried out in the Occupied Palestinian Territory since 13 June 2014, particularly the latest Israeli military assault on the occupied Gaza Strip, by air, land and sea, which has involved disproportionate and indiscriminate attacks, including aerial bombardment of civilian areas, the targeting of civilians and civilian properties in collective punishment contrary to international law.[9]

The resolution was adopted with 29 votes to 1 (17 abstensions, including Germany, France, UK and Italy). The United States voted against. At the Security Council, the body of the World Organization whose  primary responsibility is the maintenance of international peace and security, the United States wielded their veto power forty-two times in order to protect Israel from criticisms to its illegal policies under the international law.

[1] For the original text of the Declaration see: Unispal Documents Collection, http://unispal.un.org.

[3] On the reconstruction of the events of 1948, the academic current of the so-called “new historicians”, mostly Israeli, is worth to be cited. The most important include Ilan Pappe, Avi Shlaim, Tom Segev, Benny Morris, Baruck Kimmerling, Norman Finkelstein. Among Palestinians historians see Wahlid Khalidi and Nur Masalha.

[6] Israeli settlements in the Occupied Palestinian Territory, including East Jerusalem, and in the occupied Syrian Golan - Report of the Secretary-General (A/HRC/25/38), 12 February 2014.

[7] Convention (IV) relative to the Protection of Civilian Persons in Time of War. Geneva, 12 August 1949.

[8] Legal Consequences of the Construction of a Wall in the Occupied Palestinian Territory (Request for advisory opinion), International Court of Justice, 9 July 2004.